We know it as the organ that connects the developing fetus to to the uterine wall to allow nutrients pass to a growing baby but scientists are discovering new roles the placenta plays during pregnancy everyday. A research that is part of a larger study to understand microorganisms better has found that the placenta harbors a world of bacteria that may influence the course of pregnancy, the health of the infant and the bacterial makeup of the baby’s gut. 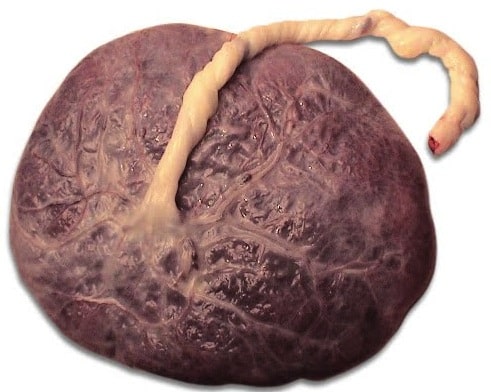 Researchers are discovering everyday how microorganisms like bacteria, fungi and viruses affect the human body and influence digestion, metabolism and many other biological processes. In the latest study, though the important role bacteria plays during pregnancy was discovered, as was affects the infant’s health as they are growing.

During pregnancy, the research authors suspect, the wrong mix of bacteria in the placenta could lead to premature births. This may help explain why periodontal diseases and urinary infections in pregnant women are linked to greater risk of delivering early. It may also help understand the importance of taking or staying away from antibiotics during pregnancy.

Previous studies have suggested that children born through caesarean section loose out on helpful bacteria that they could have got through normal delivery but the present study believes that the bacteria are present on the placenta and therefore, influence largely the type of bacteria that eventually make up the colony inside the infant gut, even if they are born via c-section.

“I think women can be reassured that they have not doomed their infant’s microbiome for the rest of its life.”

She added though that further studies are needed to determine if C-sections influence the presence of micro-organisms or ‘mircobiomes’ in any way.

The placenta is an organ that forms inside the uterus, and acts as a life support system to the developing fetus. It provides oxygen, removes waste, secretes hormones and provides nutrients, but it is only now that the role of bacteria on the placenta is being evaluated.

Dr. Aagaard, who is an associate professor of obstetrics and gynecology at the Baylor College of Medicine and Texas Children’s Hospital in Houston said,

“People are intrigued by the role of the placenta. There’s no other time in life that we acquire a totally new organ. And then we get rid of it. We are just starting to catch a glimmer of this amazing organ that defines placental mammalian biology.”

The scientist and her colleagues first became interested in the placenta when they noticed that the kind of bacteria found in the mother’s vagina were not the same as the ones found in the newborn’s intestine. This they thought should have been similar especially for babies that had a vaginal birth.

“It didn’t make a whole lot of sense to us,” she said. “It’s not like babies are hanging out in the vagina. They come shooting out pretty fast.” Also, she said, they emerge covered in a waxy substance called vernix, which most likely helps keep bacteria from latching on.

To understand where the bacteria population in babies was coming from, the researchers collected placenta in the delivery room from 320 women mostly black and Hispanic. Most had vaginal birth, and some had full term deliveries while some had given birth to premature babies.

Using a technique called shotgun metagenomic sequencing, the bacterial DNA of the placenta were studied and found that the placenta was 90 percent tissues and 10 percent bacteria by mass.

This is different from the intestine which is 90 percent bacteria by mass.

Dr. David A. Relman who was not involved in the study believes that Dr. Aagaard’s research could be true as his study too has found microbial DNA in amniotic fluid, apparently from the mother’s mouth, gut and vagina.

Although it still needs to be confirmed the team believes the oral bacteria travels through the mother’s blood stream, reach the placenta and then baby’s intestine. In mice the theory has been found to be true. This might also explain why women with dental infections might have higher risk of premature deliveries.

The researcher added that treating the disease during pregnancy does not help, but before the pregnancy to ensure that the baby is not infected in any way.

More importantly, women who have had urinary infection are a greater risk of their babies having infection and premature births as that bacteria was found in the placenta even if treatment was done.

“I’m intrigued by the findings about the mouth and also the relationship with preterm labor, which is a really important clinical question,” Dr. Blaser said. “Will this be a productive lead, or will it fizzle out? Time will tell us.”

He also added that pregnant women are often given antibiotics as doctors believe the placenta is sterile and it will not affect the baby. But if the research proves that the placenta is in fact a portal then what could be the after affect of using these antibiotics on the baby’s health.

There are many important questions that will need to be answered from further studies.