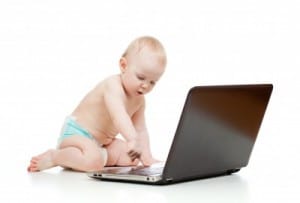 Canada’s youngest ever Mensa member may seem like your average toddler, but he has an IQ that falls just below the estimated IQ score of the late and great Albert Einstein. This newest member has been accepted to the elite genius’s group in the very same month as a four-year-old toddler in Britain.

Still in diapers, little Anthony Popa Urria would rather spend his time listing the planets of the solar system or saying the alphabet backward. If he’d like to change it up a bit, he can speak one of the three languages he speaks (English, Spanish and some Romanian) or count to 1,000.

Anthony’s grandmother, Felicia, looked after the little genius during the day while his parents worked. She was the first to suspect that Anthony was a little smarter than the average kid his age.

“He was very alert since he was about four months old,” she said. “He was curious, looking around.”

By six months of age, Felicia determined that Anthony could identify letters of the alphabet. His mother, Laura, wasn’t quite yet convinced.

“He wasn’t even speaking yet, but my mom would have three flash cards up and she would say, ‘Pick the letter C,’ and he would point to it,” said Laura, adding that she first thought that maybe he was simply memorizing the letters, but not quite comprehending.

Her doubt started to change, however, shortly after she found Anthony playing on the floor with wooden blocks. She watched him invert the number “7” to look like an “L” and turn the “W” upside down to make it look like an “M.”

“He actually recognized the relationships, and I thought, ‘Well, that’s impressive,’” Laura said.

Finally, Laura decided that it would probably be a good idea to determine what Anthony’s IQ might be. Being an economics master and holder of four degrees, Laura knew that the best thing she could do for her son would be to give him every opportunity possible.

“We wanted him to be tested to give him better opportunities,” Laura said. “I knew he was smart, but he’s smart compared to the norm. I just wanted to see how smart he is compared to other kids.”

It turned out, when compared to other kids his age, Anthony falls well above most, scoring 154 on his IQ test. Tested in London, England by Dr. Joan Freeman, a British psychologist known for her work with gifted people, Anthony seems to be exceptionally bright.

“Naming alone is a first step in learning,” said Dr. Joan Freeman. “Being able to describe the function and selection of items are more advanced skills, which Anthony did well above his age level.”

So well above that he is the youngest registered Mensa member in Canada; only seven other children in Canada belong to Mensa. The youngest, next to Anthony is five.

Vicki Herd, the national board member for Mensa Canada, thought there was a typo on Anthony’s date of birth when she first saw him listed as a new member.

“We thought,” ‘Hey, the must have got the birth date wrong!” she said.

Vicki added that, while most parents are ecstatic to learn that their children are higher than normal intelligence, there are some barriers that must be dealt with. Parents with gifted children need to help ensure that their children can still socialize with other children their own age and they need to learn other important life skills.

Laura says she definitely has some concerns for Anthony. Those concerns surround his education, however, not his ability to socialize. While his IQ level is rather high, his emotional development seems to be right on cue. She worries that this may present educational problems for him in the future.