Exciting news today! Former 98 degrees singer, Nick Lachey, announced on Live With Kelly this morning that he and his wife, Vanessa Lachey, formerly Vanessa Minnillo, are expecting their first child. 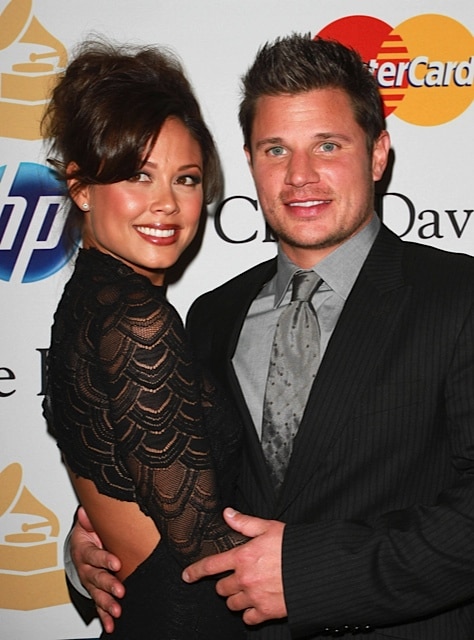 The couple met on the set of Nick’s music video, “What’s Left of Me,” after his divorce from former wife, Jessica Simpson. Nick and Vanessa tied the knot last year in the British Virgin Islands amongst 25 close friends and family members. And now, not even a full year later, they are set to become first time parents!

“She started to feel a little different, not herself,” Nick said. “So she went to the store, got a pregnancy test, and it came back positive. So, we’re having a baby!”

Dad-to-be is rather excited about the news and told Kelly: “I’ve had a chance to do a lot of great things in my career and my life, but this is one thing that, more than any other, I look forward to. The fact that it’s actually here, it’s overwhelming.”

So far, Nick’s TV personality and former Miss Teen USA wife, Vanessa, hasn’t commented on the pregnancy, but Nick spoke for both of them when he mentioned that they do plan out to find out the gender of the baby, when the time comes.

“We definitely want to know,” he said. “I can’t take the knowledge that someone out there knows, but I don’t. It’s like watching a sports game on TiVo.”

Congratulations to the happy couple!