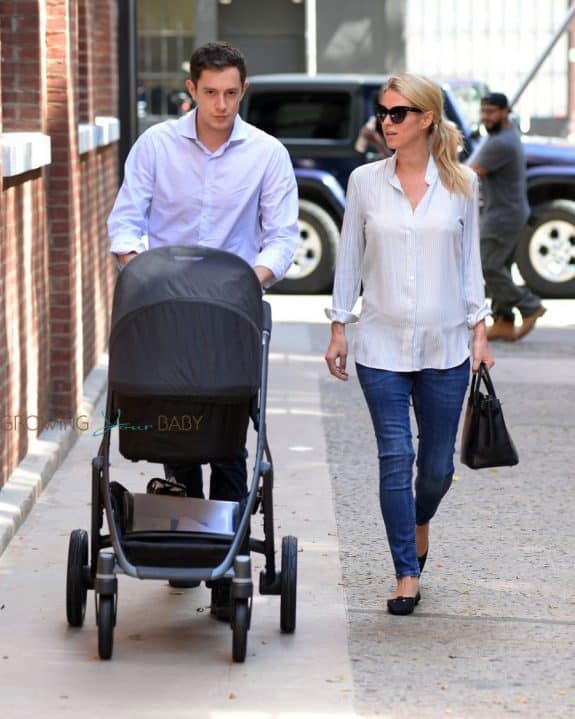 The couple welcomed their baby girl in New York City on July 8. Entertainment Tonight reported that Nicky was surrounded by family when she gave birth on Friday morning. Lily reportedly weighed a healthy 7 and a half pounds.

Not slowing down, Nicky was spotted out shopping on July 7th. 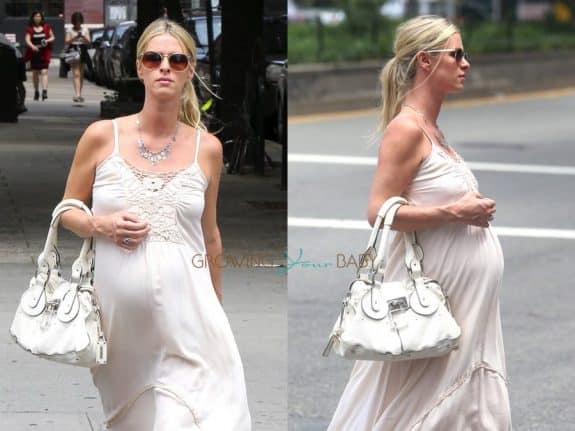 On Sunday, the new mama was casual in a pair of jeans and a striped button down that showed her still swollen belly from pregnancy. 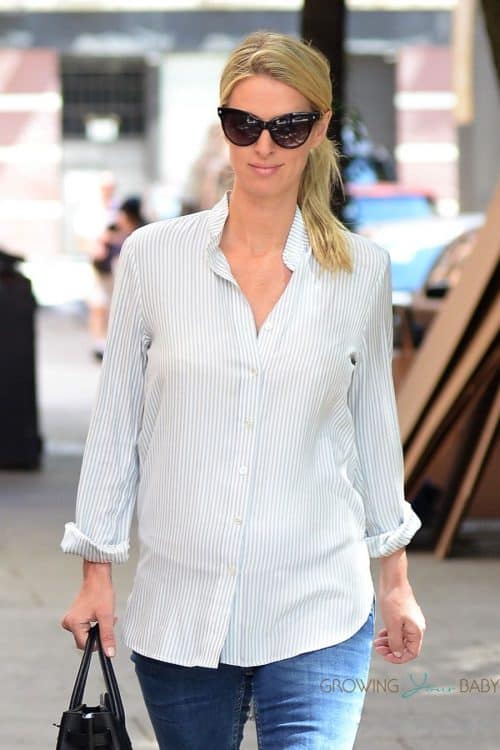 James proudly pushed his baby girl as the family made their way through the city. 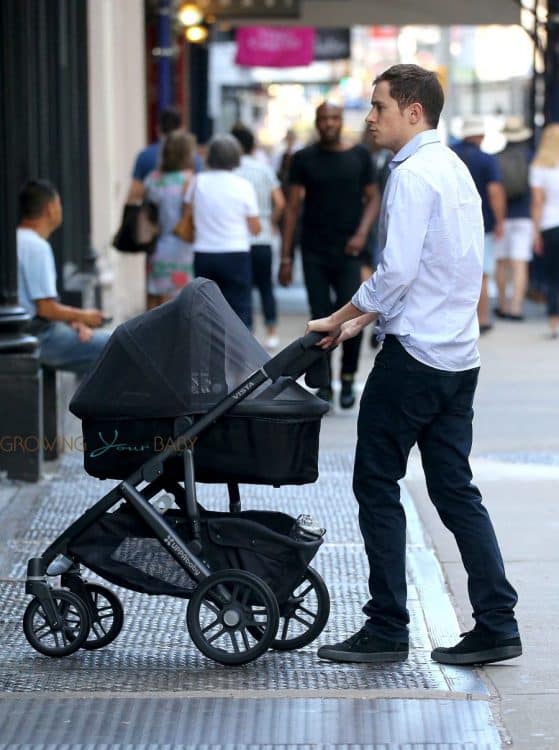 Later, Nicky helped him bring the stroller in when they arrived home. 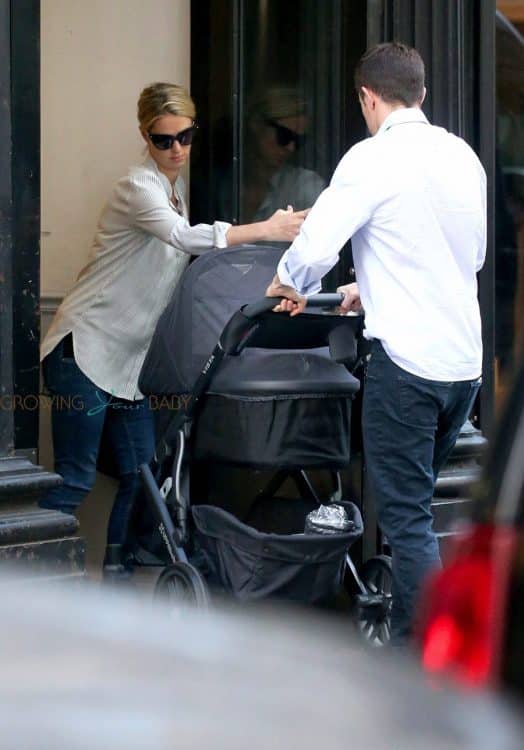 Congratulations to the couple!  We can’t wait to meet their princess.