Nicole Kidman and Keith Urban were spotted at LAX Airport returning from a sun filled beach trip in Sydney, Australia with their girls Sunday and Faith. 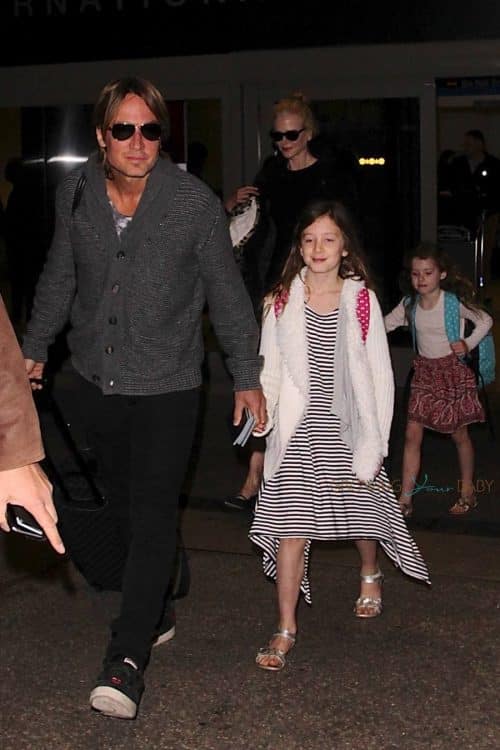 The girls each wore matching polka-dotted backpacks and metallic sandals as they walked along side their parents on their way to an awaiting car. 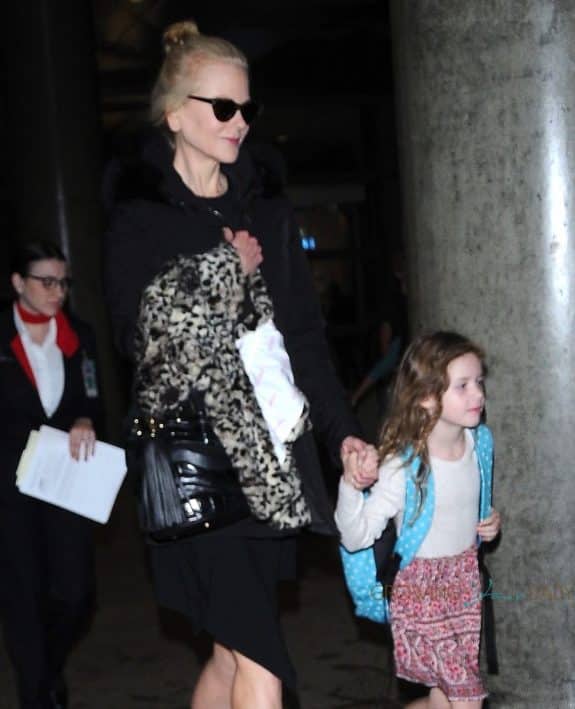 Nicole’s time off down under was well earned.  The actress has been busy filming the new Big Little Lies TV show.  Nicole stars with Reese Witherspoon, Laura Dern, Alexander Skarsgard and James Tupper in the HBO comedy that premieres Sunday, February 19, 2017.

The family likely won’t be in LA for long.  Keith is set to take the stage in Nashville on Saturday night for their annual New Years Eve bash and we’d be surprised if he did have his family close by to ring in the new year!