Nicole Richie showed her cute bump while out shopping at American Girl in The Grove Shopping Center. 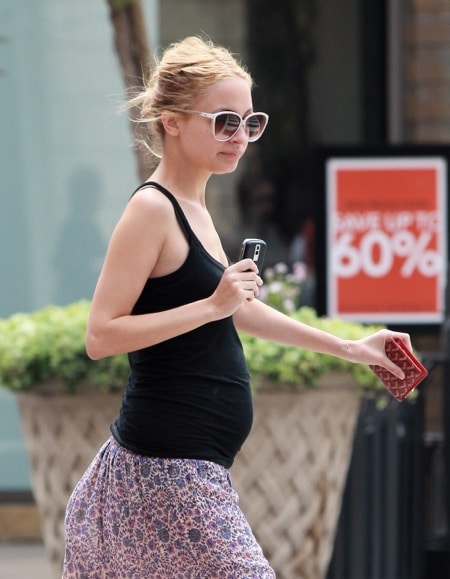 To make way for their new baby, Nicole and boyfriend Joel Madden are reportedly moving their one-year-old daughter Harlow out of her nursery and into their third bedroom – which currently serves as Madden’s home office.
A source tells OK! magazine, “Nicole plans to redo Joel’s office in pink and frills. She’s told him he either has to move to the garage or put his laptop in the kitchen.”

The petit mom-to-be expects her second child this summer.