According to new research, getting a good night sleep could help toddlers with their impulse control during the day. Losing sleep may trigger them to also lose control when they are awake each day. 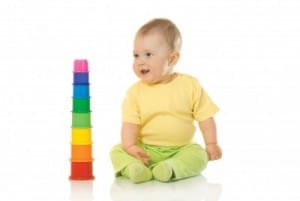 The research, a joint effort between the University of Montreal and the University of Minnesota, looked at the effect sleep had on toddlers of various ages. Over 60 children, aged between 12 and 26 months, were studied to see if too little sleep had an effect on their impulse control and behavior. Mental reflexes and memory were also looked at in the sleep study for the toddlers.

“This may imply that good nighttime sleep in infancy sets in motion a cascade of neural effects that has implications for later executive skills,” Annie Bernier, a psychologist at the University of Montreal and lead researcher, said in a release.

Known as executive functioning, the ability to control impulses, retain memory and mental flexibility, these abilities quickly develop in children between the ages of 1 and 6 years. Little is known about why some children are better at these skills than others. During this study researchers were hoping to see if sleep had an effect on the development of these executive functions.

The team tracked the toddlers sleep schedule, as well as naps they took during the day. Parents were asked to keep an hour by hour chart of how much sleep their toddlers were getting each day. They were then measured for skills that are related to the executive functioning. This revealed that those who slept well at night did better in these skills.

The number of times a toddler woke at night, as well as the total number of hours slept each day, had no effect on these skills. However, getting most of their sleep at night seemed to have a positive effect on the toddlers’ executive functioning skills.

Factors such as parent’s education levels, family income, and the general cognitive skills of the toddlers was taken into account during the research. Even with these outside factors, more sleep at night still did better than those of equal backgrounds with less night time sleep. – Summer, staff writer