If you have a Super – Super Mario fan like I do than today is your day!  The much anticipated Super Mario  Maker video game has now been released.

This new game lets players’ imaginations run wild! Anyone with an Internet connection can play a near-limitless number of Mario levels created by people all over the world. Using the Wii U GamePad controller, players can quickly and easily create their own original levels using items, enemies, graphical styles and even power-ups from four classic Mario styles: Super Mario Bros., Super Mario Bros. 3, Super Mario World and New Super Mario Bros. U. These levels can then be uploaded online to share with players everywhere. Things that were never possible before in a Super Mario Bros. game are now possible in Super Mario Maker – and players are in control of it all. 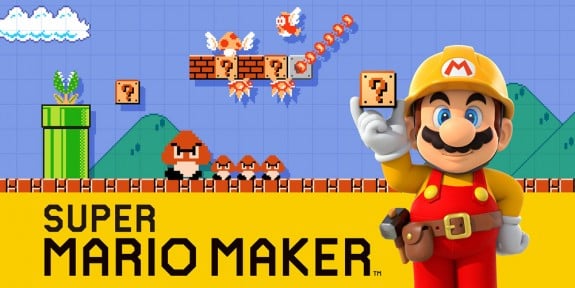 “Super Mario Maker is a dream come true for Nintendo fans of all ages,” said Pierre-Paul Trepanier, Nintendo of Canada’s General Manager and Senior Director. “Whether you prefer creating levels or playing ones created by others, the game is a virtual Mario playground.” 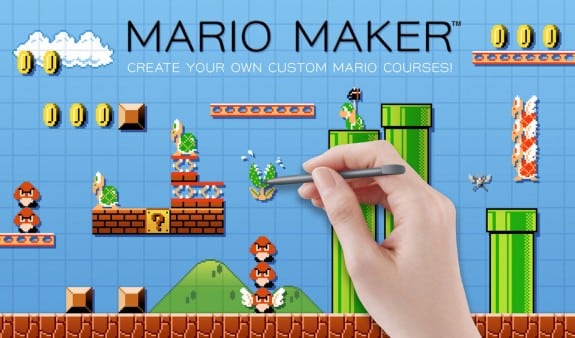 With the Wii U GamePad, players simply have to drag and drop elements on the controller’s touch screen to create levels using a set of intuitive tools. Breaking the rules of normal Super Mario Bros. games is encouraged, as items, enemies and sound effects can be combined and used in unexpected ways. Toying around with the different combinations and numerous options is a big part of the fun. Once players have created their Super Mario Maker masterpieces, they can name and upload their levels for others to play. To avoid frustration, levels can only be uploaded if players can actually reach the goal themselves. This ensures that all uploaded levels can still be challenging, but not impossible.
A robust online ranking and search system makes creating, playing and sharing in Super Mario Maker a seamless process. Want to know which levels are easy or hard? A helpful course-difficulty display is determined by the percentage of players that complete the level. Players can also see new arrivals and “master makers” (creators that upload the highest-ranking levels). Players can even create a “Follow” list to keep an eye on submissions from the level creators they like the most.

In addition to the four game styles, players can set their levels in six themes: above ground, underground, ghost house, airship, castle and even underwater. Seeing iconic enemies like Bowser underwater for the first time is certainly a sight to behold. And it’s this kind of imaginative scenario that is at the heart of Super Mario Maker. Whether it’s experiencing outrageous game-play elements or manipulating the dozens and dozens of items and enemies in the game in unexpected ways, Super Mario Maker allows players of all ages to laugh, smile and have fun.

Launching on the same day as Super Mario Maker are two special 30th Anniversary Mario amiibo figures – both inspired by the 8-bit look of Mario – with one retaining the classic colours from Super Mario Bros. and the other sporting the modern-day colour scheme.

Additionally, many of the other currently available amiibo are compatible with Super Mario Maker. In the game, players can access a Mystery Mushroom to include in their levels. This mushroom is used exclusively in the Super Mario Bros. 8-bit-styled levels and, when picked up, changes Mario into an 8-bit costume of a random character – picture an 8-bit Wii Fit Trainer, Link from The Legend of Zelda series or even Chibi-Robo hopping around the level with their own sound effects and animations. With 99 different Mystery Mushroom costumes to unlock in the game, using a compatible amiibo with a corresponding character will automatically unlock it, allowing players to tie that specific character to the Mystery Mushroom as they design levels. Mystery Mushrooms can also be collected when players complete the 100 Mario Challenge. In this mode, players will be given 100 Mario characters representing 100 lives and challenged to complete a series of randomly selected levels.

Super Mario Maker launches exclusively for Wii U in stores for $69.99. All physical versions of the game sold in stores will contain an idea book that illustrates the boundless possibilities of the game. This collectable booklet features ideas from the Nintendo development team, special codes that can be entered in the online manual to watch creation videos from the development team, concept art and level designs from the original Super Mario Bros. game. For digital games purchased through the Nintendo eShop on Wii U, players will receive access to a PDF version of the booklet.  The PDF is also available to download from the game’s website for anyone, even if they have not purchased the game.