Somehow, a nurse in the Special Care Nursery mistakenly fed a premature baby fabric softener instead of breast milk. 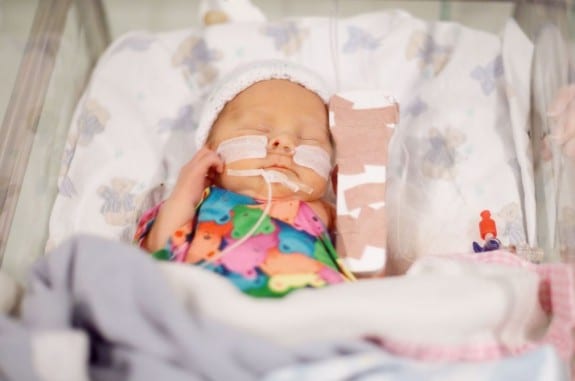 The toxic ‘Comfort Pure’ was poured into the newborn boy’s stomach via a feeding tube in a mix-up after his mum brought in the liquid to add to his blankets.

Staff only realized the mistake after he frothed at the mouth and started vomiting.

Fabric softener contains chemicals called surfactants that can be fatal to humans.

The hospital is blaming the mother of the preemie, named only as Baby Hunter, for bringing in the Comfort in a baby’s bottle.

But yesterday a furious nurse said colleagues should have double-checked before using it.

A source within the unit said:

“It was stupid of the parent to bring in fabric softener in a baby’s bottle to give to nurses.

“But this is a worried mother who wanted to make sure her baby had soft blankets.

“For a nurse to pick up an unlabelled bottle and not check it is also negligent.

“Fabric softener doesn’t even look like milk. It’s pearly and gloopy and has a strong perfume.

Everything about this is ridiculous. Let’s hope the baby doesn’t have any long term issues from this…
SOURCE
*STOCK PHOTO*