Home » Obesity Rates among US Children May be on the Decline, Study Says 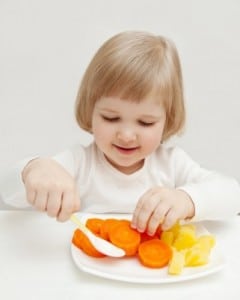 While obesity rates in the US have been a cause for public health concern for quite some time now, the effect that inactivity, too-busy-to-cook schedules and diet changes have had on our health over the last few decades is downright disturbing when you consider the health conditions that so many American children are now facing – heart disease, type 2 diabetes and hypertension, just to name a few. These health conditions can affect a child for the rest of their lives.

“Obesity and extreme obesity in childhood, which are more prevalent among minority and low-income families, have been associated with other cardiovascular risk factors, increased health care costs, and premature death,” Liping Pan of the Centers for Disease Control and Prevention, Atlanta, wrote in a recent study that took another look at the obesity rates of American children.

According to that study, US children may be on the path to better health. While an estimated 12.5 million children and teens are still affected by obesity, the new data, taken from the Pediatric Nutrition Surveillance System, indicates that obesity among children is on the decline.

“To our knowledge, this is the first national study to show that the prevalence of obesity and extreme obesity among US children may have begun to decline,” authors on the study wrote. “The results of this study indicate modest recent progress of obesity prevention among young children. These findings may have important health implications because of the lifelong health risks of obesity and extreme obesity in early childhood.”

While the decrease is only slight, it is a decrease, which means that children in the US (and their parents) are moving in the right direction. Hopefully this trend will continue.