What started as a wellness check turned into a twin delivery in the back of a police cruiser after officers in Seat Pleasant Maryland spotted a woman who appeared to be in distress carrying a newborn baby. 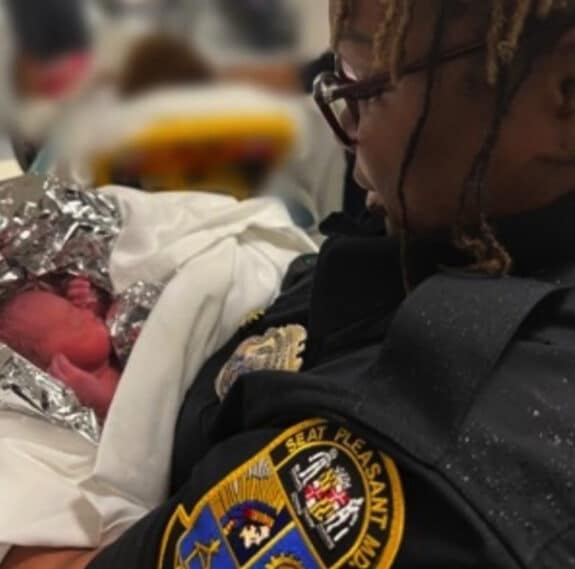 It was around 2:30 a.m. last Thursday when Sgt. Singleton and Officer Griffith noticed a woman carrying a newborn infant walking along during a rainstorm. They grew more concerned about the woman when they saw her behind a shopping center standing alone.

Realizing she did not have a home and appeared to be “suffering from a mental health crisis,” they convinced her to go to a local shelter.

As they were en route, one of the officers noticed that the woman was in significant pain in the back seat of the vehicle.

Realizing that the woman was in the process of giving birth to a second newborn infant, they assisted the woman to deliver a second healthy newborn baby girl.

At the hospital, a doctor confirmed: “that the infant the woman was carrying was born soon before the officers located the woman.”