What started out as a dream to have twins has become a life changer for one couple!

Shortly after they married in 2017, high school sweethearts Hannah and Jacob Merton started trying for a family. 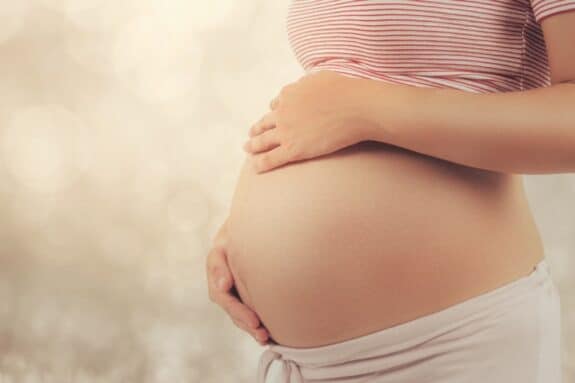 After trying for a year they went to a fertility specialist who prescribed Letrozole, an oral medication used to stimulate ovulation in women.

Last October the couple received some exciting news – they were expecting.

At first, an ultrasound revealed Hannah’s longtime wish of having twins would come true, but upon closer inspection, babies C, D, and E were also discovered.

“I almost passed out just from shock,” Hannah recalled. “She kept looking and she was measuring and counting and re-counting and finally after it was over, she had to pull up a chair because she was so shocked and she was like, ‘You’re having five babies.’ I was just like, ‘How is this even possible? What?'”

Excited about having twins, Jacob was floored when all of the babies were revealed.

“It really was just a surreal kind of feeling. I don’t even know how to put it into words. It’s just unbelievable really,” he told News5Cleveland.

Now 19 weeks along with three girls and two boys, the couple is still working on coming up with names.

“A lot of people have a hard time narrowing it down to one name. We have to come up with five,” Jacob said.

Hannah’s official due date is June 16, but she will likely deliver the babies, in March or April.

Hannah’s personal goal is to make it to at least 30 weeks. And that may happen! Doctors have told her the babies are doing well.

She has been sleeping fine and hasn’t experienced any sickness up to this point.

“I haven’t really felt anything yet. I don’t know if it’s just because it’s my first pregnancy, so I could be feeling things and I just don’t realize it.”

Once the babies arrive the couple knows they will need help.  Thankfully their family is ready to step in!

“I have a lot of sisters that live really close, tons of people that we don’t even know have been volunteering to help,” Hannah said.

While they do have some stress about welcoming 5 babies at once, they are feeling blessed about their bundles of joy.

Hannah’s sister has started a GoFundMe Page to help out with expenses.