Family structure, size, and even age at which they start have changed drastically over the last several years. In fact, a report from the Centers for Disease Control and Prevention (CDC) indicates that women choosing to have a child at the age of 35 or older has risen from just 1.7 percent per 1,000 births to 11. Unfortunately, scientists also believe that this delay in starting a family may be at least partially responsible for the increase of complications during childbirth. 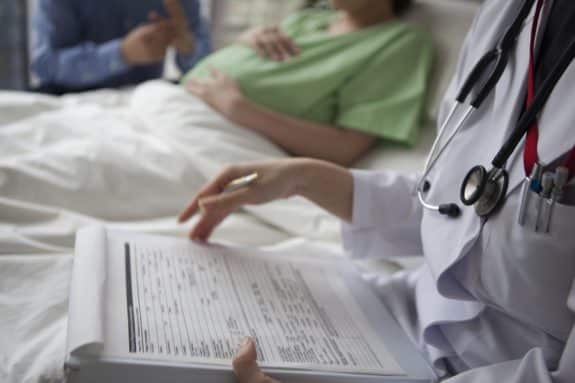 Science already knows that older maternal age is a risk factor in high-risk pregnancy. What they weren’t sure about was whether it was actually causing the increased prevalence of birth complications. So, to find out, researchers from King’s College London (KLC) studied mice.

Fertility in mice typically peaks at about three to five months of age, so researchers used female mice that were eight months old, which is about comparable to a 35-year-old human mother. They studied the physiological functions of each delivering mice mother’s cervix and uterus. Specifically, researchers examined:

Researchers found evidence that all three may play a role in the increased complications experienced by older mothers during delivery.

Muscles of the uterus seemed to be less responsive to the oxytocin released during childbirth. They were also less responsive to additional oxytocin that was administered to help induce labor. Mitochondria availability was also lower in older female mice, which could be another contributing factor to the impaired contractions. Progesterone signaling was found to be altered as well, which could contribute to delayed labor in older mothers.

“Our research highlights that there are key physiological and cellular changes associated with a mother’s age that result in labor dysfunction,” Dr. Rachel M. Tribe, lead researcher on the study, said in the journal Physiology. “The timing of delivery and progress of labor is directly related to maternal age and this can cause complications during birth.”