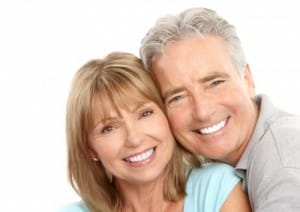 How happy are you?  Are you happier than you were 10 years ago?  Researchers think you might be and you could be even happier 10 years from now.  A new study, published in the March issue of Population and Development Review, suggests that older parents are happier than their younger counterparts.

The study’s authors, Rachel Margolis and Mikko Myrskyla, analysed a huge amount of survey data accumulated between 1981 and 2005.  There were 200,000 respondents, living in 86 different countries.

But that’s not the interesting part.  They also found that by age 40 parents, with no more than three children, were happier than their childless counterparts.  By the age of 50, parents were just happier, it didn’t matter how many children they had.

Economics has a role to play in this, as young children tend to strain finances, while older children and adult offspring tend to be an asset.  This is particularly true in countries with little or no social safety net.  In countries like Norway, where there is ample government support for young parents and the elderly, the difference between the happy people and the unhappy people is much less significant.

“One of the things that we’re finding is that in most social contexts across the world, younger parents are just a bit less happy,” said Margolis.

But, if you’re a young parent, and you’re feeling unhappy and stressed, take heart.  According to Margolis, “the bigger point is that these things are short-lived.  They aren’t forever.” – Jen R, Staff Writer