Home » Olivia Wilde ~ Gorgeous in Green at The Golden Globes!

Actress Olivia Wilde was gorgeous in an emerald sequin Gucci gown as she walked the red carpet at the 71st annual Golden Globe Awards in Los Angeles on Sunday. 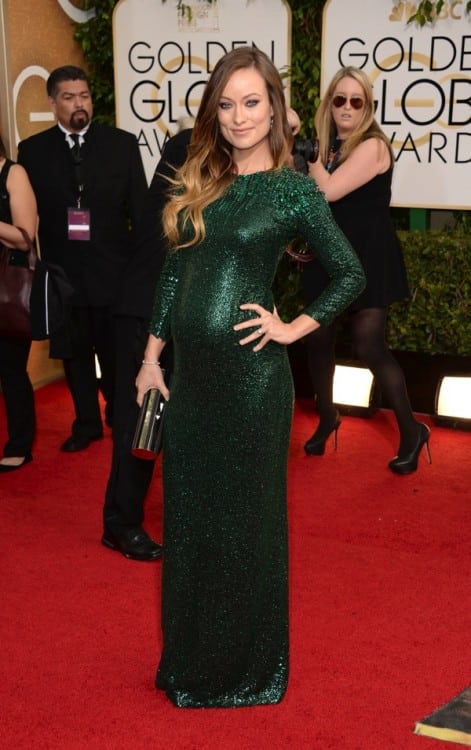 Olivia is scheduled to present an award at tonight’s ceremony and, also to support her film Her, which is up for three awards; Best Motion Picture, Best Screenplay, and Best Actor for her co-star Joaquin Phoenix.

Hoping one of the GG organizers is also 6 mos preggo and in charge of placing a porta-a-potty on stage. #fingerscrossed #legscrossed

Haven’t we all been there?!

The actress is due this Spring with her first child with fiance Jason Sudeikis.