In this month’s Glamour Olivia Wilde is showing off her impeccable style and her baby boy. 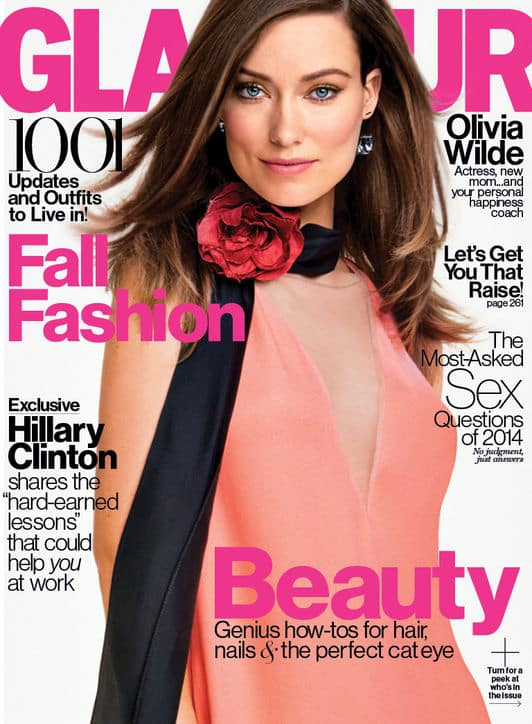 For the shoot, which was likely created to showcase various designers for Fall, that actress added her best accessory – her son Otis!

But the best shot by far was the one of Olivia nursing the 3-month-old in the booth of a classic diner.  We’ve all been there.  You’re headed out to a nice dinner or event and your baby starts to fuss. 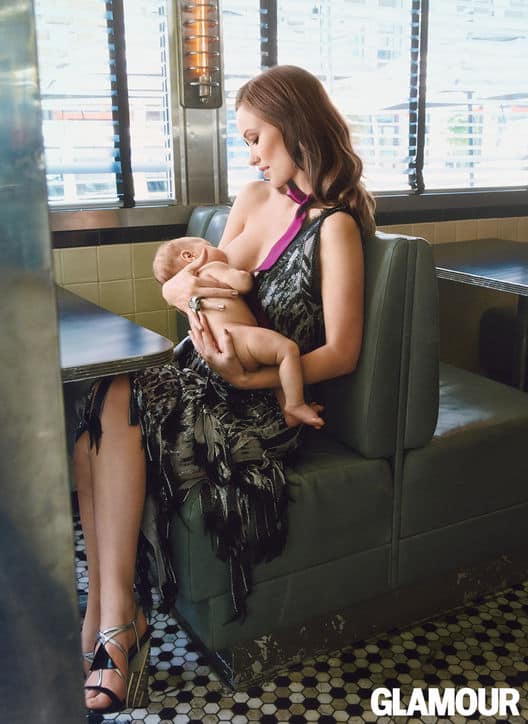 This picture really is – so perfect.  I mean haven’t we all nursed our babies in a Roberto Cavalli dress?  No. But we would if we had to…

“Being shot with Otis is so perfect because any portrait of me right now isn’t complete without my identity as a mother being a part of that. Breast-feeding is the most natural thing. I don’t know, now it feels like Otis should always be on my breast. It felt like we were capturing that multifaceted woman we’ve been discussing—that we know we can be. You can be someone who is at once maternal and professional and sexy and self-possessed. [But] I mean, I certainly don’t really look like that when I’m [typically] breast-feeding. And there’s usually a diaper involved.”

During the interview she also talks about marriage, motherhood and her career.  Here are some highlights:

“No, because of the example of my mom. My mom is such a badass working mother. That inspired me when I was pregnant. I wasn’t going to sacrifice myself because I was becoming a mother.” 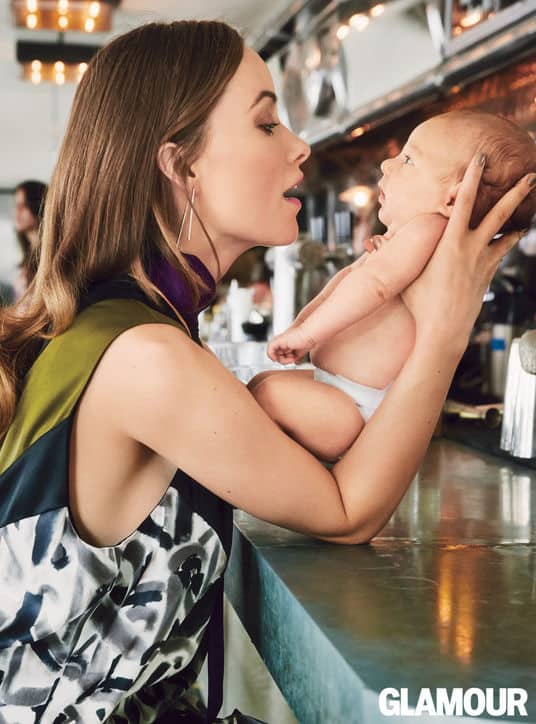 Olivia on her first marriage…

“[I] wouldn’t be this person without that first marriage. I really grew up with my first husband. Now I’m in a much wiser, more centered place in life. I think if we can see people in our lives as chapters, we have a much healthier perspective about the whole thing. It’s like it had to happen the way it happened. Jason and I lived two blocks away from each other for years and never met.”

Olivia on whether she and fiancé Jason Sudeikis are getting married…

“We’re engaged, but no specific plans yet—we just have to find the time to put it together. In many ways, a child is more of a commitment. We are fully committed and really happy as a family. And there’s no definition of the ‘normal family’ anymore. Kids today are growing up with so many different definitions of family. I guess what I’m saying is that I don’t feel any pressure to do it. But I think it will be really fun.”

Olivia on her earlier roles…

“I felt that I had been cast in films that, though I was very excited to be a part of, didn’t feel that they were actually the right roles for me. I felt like I was almost a fraud—like I somehow had become a kind of pinup version of myself.”