Kisses for her babe! Olivia Wilde was photographed giving her little man some loving while out for lunch in New York City with her partner Jason Sudeikis on Sunday. 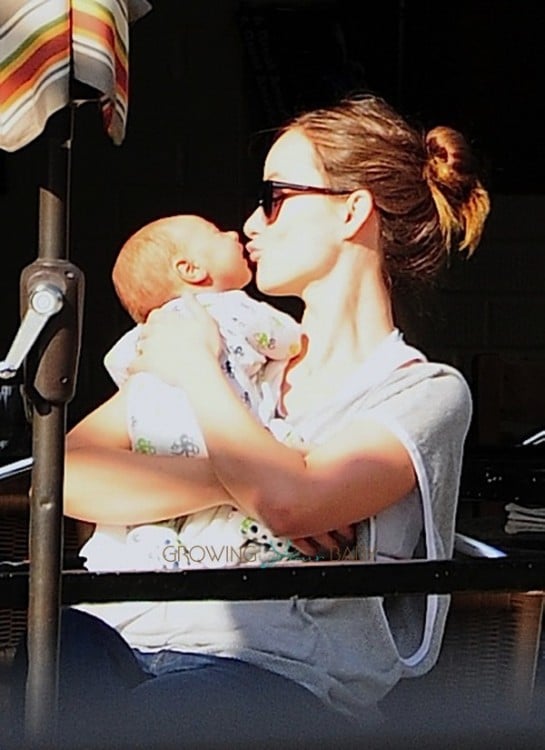 While Olivia cradled Otis Jason took pictures of the two with his Leica retro style camera. 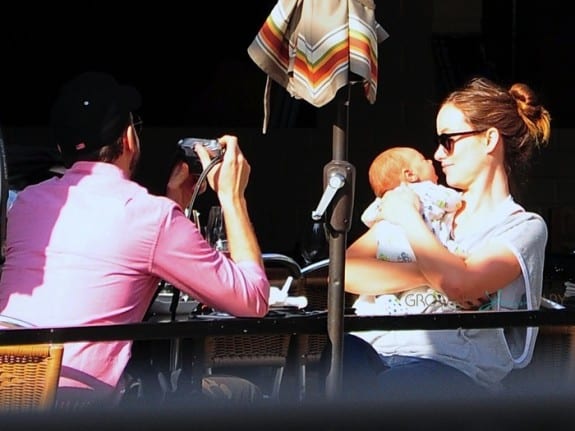 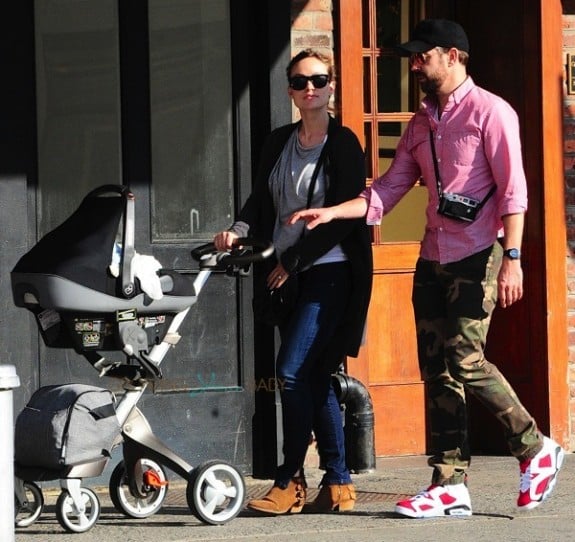 Just starting to navigate the world of parenthood, Olivia often tweets little anecdotes from her daily experiences like the gear needed to extract her milk,

Jason observed that a breast pump looks like something Katy Perry would wear to perform at the VMAs. #accurate #milkyfashion

If Otis was on Cribs, his crib would win. I wish I could fit in it. Thanks, @SerenaandLily for the lovely gifts.

And her less glamorous nights,

This year, instead of attending the “Met Ball”, I leaked milk, and ate an entire napkin while inhaling a felafel.

But from the smile on her face, we can see she probably wouldn’t trade a fancy dress for a night with her babe for the world.