Home » One Infant per Hour Born Addicted to Opiates 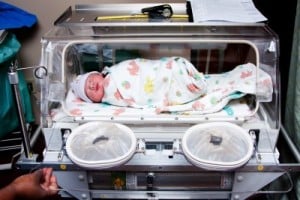 The days and weeks immediately following birth can be downright traumatizing for most infants – they are taken from the comforting womb and brought into a world that is full of sound and bright light. But for approximately one infant per hour, the experience is beyond traumatizing – it is practically incomprehensible because they are born addicted to opiate drugs.

Opiate drugs are more widely used today than they were even a decade ago. Often, they are used for pain relief, but they are highly addictive drugs and abuse of them is extremely prevalent today. Opiate drug abuse is not limited to gender, race, social/economical status, or even pregnancy status.

“Opiate use in our country is becoming an epidemic,” said Stephen W. Patrick, M.D., M.P.H., M.S. and lead author of a study that researched the prevalence of infants born to opiates. “Too often, our health system reacts to problems; instead, we must address opiate use as a public health issue. To do this, we must limit opiate pain reliever use through healthcare provider education and statewide systems that watch for abuses, like people going to multiple doctors to get opiate prescriptions.”

If a fetus survives opiate drug use by the mother, the effects after birth are downright heartbreaking. The infant goes through withdrawal from the drugs – an experience that sends many adults into fits of emotional trauma from the sheer pain and discomfort. Opiate drug abuse can even result in death. In fact, the state of Florida now has four times as many deaths from opiate drug abuse than illicit drug abuse. Infants and fetuses are not immune to the possible effects.

For infants going through withdrawal, symptoms can include increased irritability, hypertonia (heightened muscle tone), seizures, respiratory distress, feeding intolerance and tremors. Infants born addicted to opiates are also more likely to be born at a lower than normal birth weight.

“You can often stand in the hallway and know which babies are experiencing withdrawal,” Patrick said. “They are irritable, their cries are different, and they appear uncomfortable.”

The symptoms and effects associated with opiate withdrawals in infants require a great deal of medical intervention. As of 2009, the average hospital bill for one infant born addicted to opiates totals more than $53,000. This cost is a drastic 35% increase from how much the costs were back in 2000 (almost $40,000).

“Given that newborns with neonatal abstinence syndrome experience longer, often medically complex and costly initial hospitalizations, this study highlights the need for increased public health measures to reduce the number of babies exposed to opiate drugs,” said Matthew M. Davis, M.D., M.A.P.P., associate professor in the Child Health Evaluation and Research Unit at the U-M Medical School and associate professor of Public Policy at the Gerald R. Ford School of Public Policy. He is the senior author on the recent study.

“We hope that state leaders will call for more research into the data we’ve provided because the majority of hospital expenditures for this condition are shouldered by state Medicaid programs,” Davis added.

While the cost of caring for opiate-addicted newborns is an issue, for me, this goes much deeper. These infants are born in pain; they are suffering, and unnecessarily, I might add. They live in pain for days, weeks, maybe longer. This can interfere with the neurological construction of the brain, leading to behavioral and emotional trauma at a very early age. If not dealt with correctly, this can lead to serious emotional problems throughout childhood and on into adulthood. No, this isn’t just about health care costs. This is about humanity.