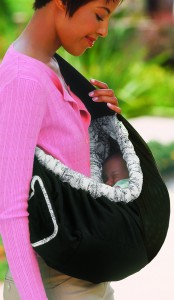 Anthoinette Medley was happy to carry her twin boys close to her chest in matching SlingRider baby carriers. That is, until the day the slings took the life of one of her sons.

When her sons were only 7 weeks old, Medley opened her slings to discover that one of her sons was not breathing. Now, 13 months after her son’s death, she has a small victory against the company that created the sling. Infantino L.L.C., the company that makes the SlingRider infant sling has issued a recall of a million of their slings sold at Wal-Mart, Target, and Babies R Us. Unfortunately, the recall comes too late for the infants that died.

Lisa Cochran feels the same way. During a trip to Costco last May she used the SlingRider to tote her son Derrik from the store to her car. But something was amiss when she reached the car, she said.

“He was not the right color. He was yellow. He had purple spots from where the sling rubbed marks on his face,” said the distraught mom said.

While she called 911 her fiancé, Jerrid Fowler, administered CPR. When paramedics arrived they too tried to revive the infant to no avail.

“By the time I got to the hospital, they told me they weren’t able to save him,” she said.

Lisa filed a lawsuit in January, asking for millions of dollars in damages and alleging that Infantino was negligent and liable for her son’s May 7, 2009, death. The death certificate cited compression asphyxia/suffocation as Derrik’s cause of death.

U.S. Consumer Product Safety Commission says there have been only 14 sling related deaths in the last 20 years, most of them in infants with weak neck muscles or with breathing problems. Three of those deaths were in Infantino slings. The company has offered a voluntary replacement program for parents using the carriers. They have also begun working with the CPSC to develop standards that would make them safer to use.