Home » One of Ireland’s First Sextuplets Passes Away 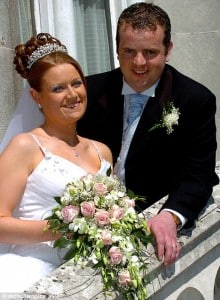 Sad news today…One of Ireland’s first sextuplets has lost it’s fight at a local hospital, the couple’s publicist has confirmed.

Nuala Conway gave birth to Ursula, Austin, Shannon, Karla, Eoghan and Kerrie at in Belfast. It was Kerrie who passed.

Speaking on BBC Radio Ulster, the rep, Max Clifford said: “Ironically Kerrie, and one of the other sextuplets, were moved from the Royal Victoria in Belfast because they were considered to be the strongest and doing best of all.”

“They were moved from there to a local hospital, and tragically Kerry died last night.

“Two months on the others are all gaining weight and seem to be fine as was Kerrie until sadly this happened.”

Mr Clifford said he had spoken briefly to the family and they are “distraught.”

The babies arrived 14 weeks early on May 20th weighing between 1lb 7oz and 2lb 2oz.

At the time, their arrival was a surprise to many until just before the news started breaking on the radio.