Six-year-old Anya has been fighting leukemia for more than half her life. At the age of two, she was constantly sick, always fighting off one infection or another – ear infections, strep throat and high fevers. Then a symptom surfaced that raised red flags. Her parents took her back to the doctor, and they weren’t leaving without answers. 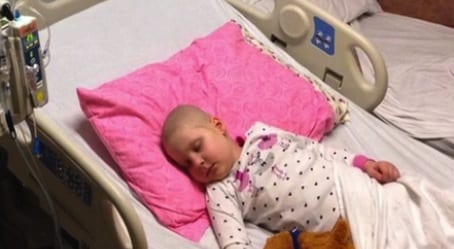 “No one really could figure out what was happening and why she couldn’t get rid of [her infections],” Anya’s mother says in their fundraising video. “Eventually, she kept waking up with bone pain. That was kind of a red flag…They took a much more detailed history of what was going on, and when they did blood work, it came back that there was leukemia blasts in her blood, and that was what was causing all those infections.”

From there, the condition progressed quickly, taking away Anya’s ability to walk. That is when doctors decided to take an aggressive chemo approach. They hoped it would give Anya a fighting chance. While it did give her the chance to walk again, the chemo didn’t rid her body of the cancer threatening her life. 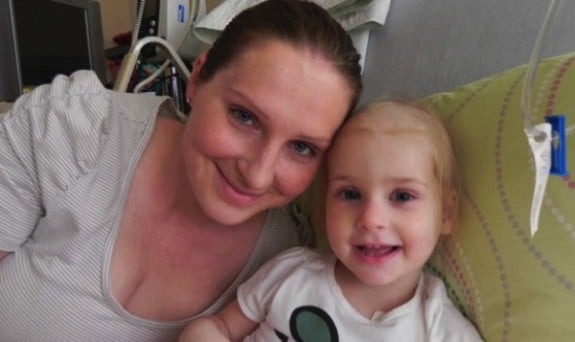 “After the first round of treatment, which was a little over two years, we went seven months [before she relapsed again],” Michael said. “They wanted to try to attack it with some aggressive chemo, which is going to make her quite sick, and so on. If the chemo was working, we were going to continue with the chemo again. Unfortunately, the chemo wasn’t working…it was coming back tougher. So we had to entertain a bone marrow transplant.”

Her family had to wait for a cord blood match to be found, and then they had to prepare themselves, and their daughter, for isolation. For two months, Anya would be away from her brother and her parents. She couldn’t risk being near any kind of illness, or it would have compromised her bone marrow transplant results, possibly even killed her. 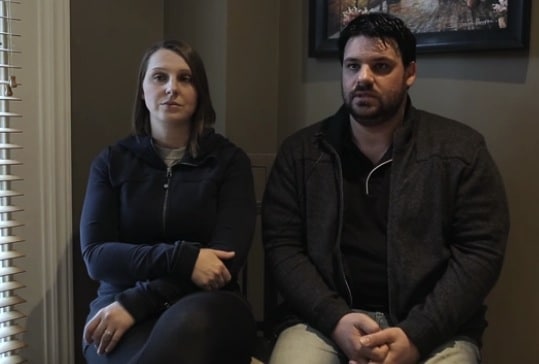 “We did the actual transplant November 6th. We got out of the hospital, January 23rd, the day after her birthday and the day before my birthday,” Michael said.

At first, it appeared that the transplant would be their daughter’s saving grace. Unfortunately, Anya relapsed.

“The transplant grafted, which means the new bone marrow was working, so she’s got bone marrow. But it wasn’t strong enough to attack the leukemia,” Michael said. “We thought it was attacking it, but it unfortunately came back,” Michael said.

To make matters worse, Anya can’t go back to chemo now that the transplant has failed.

“She was hit with radiation. She was hit with really heavy duty chemo, because they really try to kill your marrow for the new stuff to come in. But they can never guarantee they’ve killed every little piece in your body, so something must have been left behind,” Anya’s mother said. “And that something ended up causing the new marrow to produce [cancer cells], so chemo’s not an option now.”

Essentially, they’ve been told that they should give up and prepare for their daughter’s death. But they’re not ready to admit defeat. They’re now looking towards a clinical trial in the United States.

At the Children’s Hospital of Philadelphia, doctors are modifying T-cells (the ‘workhorses of the immune system’) to coax them into fighting the cancer. The trials have already shown success in patients like Emily Whitehead, a young girl with leukemia similar to Anya’s. In just three weeks, Emily had already gone into remission.

Anya’s parents are hoping for the same results in their daughter.

Things already look promising for Anya. She’s been accepted into the trial, and her T-cells – which will fight the cancer cells like an army – have already been tested for growth.

What the family is waiting on is funds.

Funds to pay for the treatment.

Funds to go to the States.

Because provincial insurance won’t cover it.

“The big issue has said that because it’s a trial, they’re not paying for it,” Michael said. “Even though the top doctors say that this is the best chance for Anya.”

And so her family is fighting to raise those funds – $1 million – all on their own. They have a fundraising campaign going, and have raised nearly $100,000 (leaving them $400,000 dollars short of even getting Anya entered into the program). They’re raising awareness via a Facebook page. They have a petition going on Change.org to try and get Ontario to pay for the treatment, and they’ve searching for a pro-bono lawyer to help them through the appeals process.

Essentially, they are doing everything they can to get their daughter into the program.

“We’re taking about a six-year-old girl here. She doesn’t know anything except for what it’s like to hurt and be in pain,” Michael said. “I’m ready to divest everything. Cars, houses, whatever. I’m going to do everything there is to get her in that trial.” 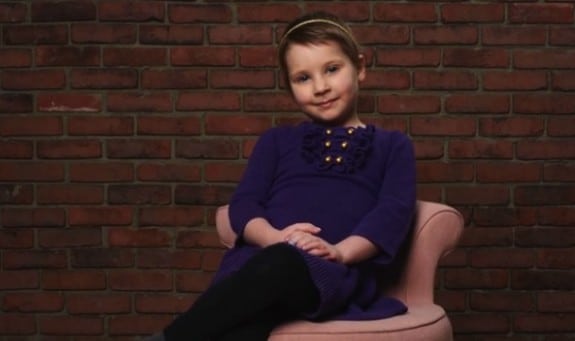