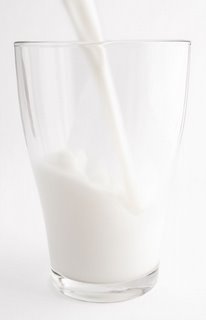 For years now, many environmental groups have been listing the benefits of organics, mainly dairy. While organics are very important for vegetables, meat, and cottons, the Foods Standard Association in the U.K. has done a study that challenges what we have been told for years.

The FSA have rejected calls from a group of scientists to promote the health benefits of organic milk.

Scientists have been researching the difference between organic and standard milk, and have found that the milk containt more omega 3 oils – thought to promote health.

However, the FSA said that although there are more Omega 3 fatty acids in organic milk, they are the ‘wrong type’ and do nothing to help fight heart disease, as the scientists said they had proved.

Long Chain Fatty Acids have long been known to help prevent heart diesase. But according to the FSA, the ‘extra’ fatty acids contained in organic milk, were Short chain fatty acids, which are not as beneficial.

“The new evidence you have provided does not justify the assertion that organic milk provides health benefits other than those associated with conventionally produced milk,” FSA Chairwoman Deidre Hutton said in a letter to one of the scientists, which is available on the Agency’s website.

This is not to say that you shouldn’t use organics. There are a lot of toxins that are used in the farming of our fruits and vegetables. In order to reduce the amount of negative chemicals you and your child receives on their food, you should try to eat organics whenever possible.

This article examines the nutritional composition of the two not the effects from chemicals and horomones.