Orlando Bloom and his wife Miranda Kerr were photographed this afternoon taking their son Flynn for a hike in Runyon Canyon. 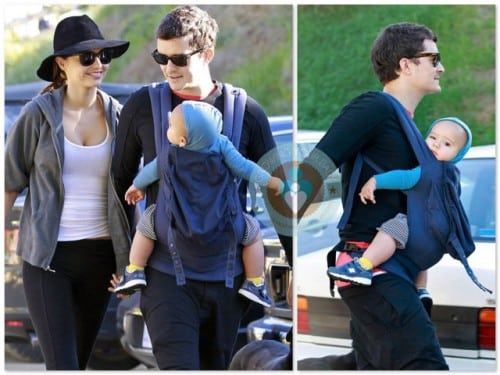 Orlando is celebrating his 35th birthday today and he enjoyed it with his family, carrying baby Flynn in an Ergo carrier.

The actor is clearly enjoying his role as daddy. He is often spotted out running errands wearing Flynn on his chest.

Look for Orlando reprise his role as Legolas in The Hobbit. Movie Web reports that he will net 1 million dollars for a less than two minute appearance in the upcoming Peter Jackson directed prequel to the The Lord of the Rings trilogy.