A pregnant mother’s life was saved after doctors implanted a pacemaker during her 23rd week of pregnancy. The mother, suffering from dangerous blackouts, faced possible dire health problems without the pacemaker’s help. 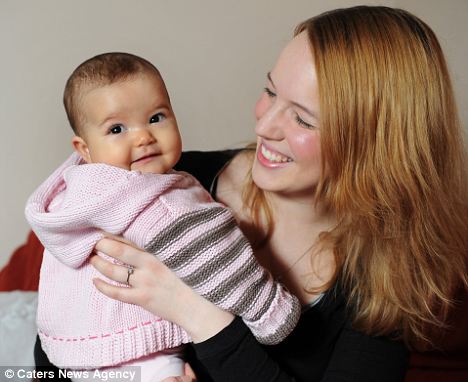 Jennifer Thomas has an arrhythmia, a heart condition that causes breathlessness, heart palpitations, and chest pains. And, dangerously, she also faced blackouts due to the rogue electric impulses in her heart. Thomas’ heart issues were so severe that she regularly passed out, once falling down a flight of stairs during her pregnancy. Doctors knew they had to do something to save the young mother-to-be and her unborn child.

Thomas’ doctors tried several options before going with the pacemaker. The mother was given a series of medication to try to even out her heart’s erratic beating. When that failed, doctors burned away a section of her heart to block the impulses. Unfortunately, the blackouts continued happening. Though Thomas was 23 weeks pregnant, doctors decided to open her chest and implant a pacemaker on her heart.

The operation itself was risky, but her constant blackouts were deemed to be more of a threat than the procedure. Heart specialist Faizel Osman was brought in to perform the operation that would save Thomas’ life.

‘In all my years performing pacemaker implants, this is the first time I’ve operated on a pregnant women.

Doctor Osman had to use X-rays during the procedure to guide him to the heart. The result could have been dangerous levels of radiation affecting Thomas’ unborn child. The doctors used sheets of lead to protect her abdomen from the radiation and protect her daughter.

Once the pacemaker was implanted, Thomas noticed a huge difference in her health and well-being. No longer subject to breathlessness and blackouts, Thomas was able to continue her pregnancy as well as care for her older daughter. Her daughter, now 6 months old, is a healthy and happy baby and Thomas is better able to care for her without fear of blacking out.

She said: ‘I’m grateful to Doctor Osman for improving my own health and ensuring that Emily stayed safe throughout my pregnancy.

‘It was a huge risk in having the operation done, but the previous week I had fallen down the stairs after fainting at the top and I had fainted plenty more prior to that.

‘The pacemaker has changed my life. Since it was fitted I have a lot more energy and can do all the things a normal mum can do.