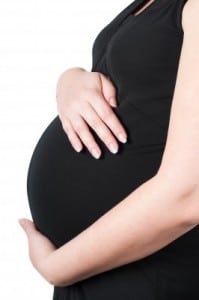 When Lucy Elkins was just 20 weeks pregnant it was revealed that her baby had a heart problem and might not survive. But by becoming the youngest recipient of a pacemaker, her son King proved the predictions wrong and showed he was willing to fight each day to grow stronger.

At South London’s St George’s Hospital Lucy was told that her baby had a heart problem. Scans showed that his heart had a condition called congenital heart block, where the cells that normally help the heart to beat were not working properly. The doctors warned that the baby might not survive.

Baby King’s case was severe because the bottom chamber of his heart was beating three times slower than the upper chamber. If it got worse the heart would not be able to pump any oxygenated blood around the body and the baby would die.

Lucy was told she would have to immediately start taking steroids to let the heart not beat any slower than it was already beating. This would help give the baby the chance to survive. He also said that once the baby was born he might need medications and a pacemaker.

The future looked grim for the family who had been looking forward to welcoming their third child into the family.

“My husband Carl and I went home and cried. That morning, we had been looking forward to the birth of our new baby: now, suddenly, our child’s life was in the balance. I told myself I had to be strong, because as well as the baby inside me, I had two children to care for,” said Lucy.

Lucy began taking steroids and a week later the scans revealed that the baby was responding to the medications. The phase did not last long though. At 32 weeks Lucy’s scan again revealed that the heart had begun to beat even slower. Lucy needed an emergency C-section.

“The consultant said we would have to set a date for a Caesarean, because King’s heart was so weak that the strain of a natural birth might kill him,” she recalls.

When labour began a few days later, Lucy was scared because it meant that King would be born two months premature and he would not have the critical time needed for the heart and the lungs to grow properly reducing his chances of survival even more.

At the hospital King was born via caesarean, a 6lb 4oz baby and even before his mother could hold him, he was whisked away to the intensive care.

Nurses informed the parents that instead of King’s heart beating faster after he was born, it almost stopped. He was given emergency medication – a drug called Isoprenaline which jump-started the heart beating again.

The next day the baby’s condition grew worse. While normally the heart beat should be 90 beats per minute, King’s was just 25 beats. He was transferred to London’s Brompton Hospital known for its heart specialists.

The only option left now was to give the baby a pacemaker. The device would help the lower chamber to beat faster but the baby was too weak to undergo such a major surgery. The doctors then suggested inserting some temporary wires through and incision on the neck straight to his heart. These wires would be connected to an external pacemaker machine.

It was only a day after the surgery, that Lucy got the chance to see her baby for the first time.

She says, “The next day, I was allowed to leave hospital to see my new son for the first time. He was surrounded by tubes and machines. Looking at him, it seemed so cruel. But the staff said his heart was beating steadily and they hoped he would be well enough for them to insert the proper pacemaker the next day.”

The actual pacemaker, the size of a thumbnail was placed in King’s body when he was five days old making him the youngest to undergo the surgery. During the three hour operation doctors placed the box in his abdomen and sewed the wires with his heart.

Post surgery the theatre staff came out smiling, “He said to us: “You have a fighter there. He’s a very strong boy,” says Lucy.

But the crisis was not over yet. King was too weak to take the strain of a major surgery and doctors warned even a mild infection could kill him. Five days after the operation the baby developed a temperature. He grew pale and started passing blood.

Test showed he had developed an infection, necrotising enterocolitis(NEC), in his bowel, and the only option was surgically to remove the diseased part. He would also need a colostomy bag. Within few days of his birth, King was taken for a third surgery.

Miraculously, the baby began recovering after that. He grew stronger each day and after two weeks was well enough to come off antibiotics. Finally after two months of stay at various hospitals, King was brought home.

“At check-ups, the doctors have said he is doing better than expected. They hope they will soon be able to join up his bowel and remove his colostomy bag,” says Lucy.

He would also need a pacemaker all his life. The first will be replaced when he is five and then again after a few years.

But right now baby King is like any other active baby trying to crawl and play with his two elder brothers.

Says Lucy, “Sometimes, when I watch him laughing, it is as if the first two months of his life were just a bad dream.”