Home » Packed Lunches for Preschoolers May Be Hazardous to Their Health 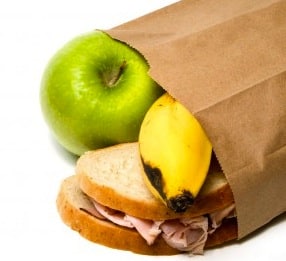 Food allergies, concerns about the nutritional content of school lunches and special diets are just some of the reasons that parents choose to pack a lunch for their preschooler. It does seem like the healthier option, doesn’t it? Researchers say no. According to a recent study, this healthy sounding option could actually be hazardous to your toddler’s health.

Researchers conducted a study on 705 packed lunches from 9 different Texas child care centers in a study called “Temperature of Foods Sent by Parents of Preschool-aged Children.” The study was published in the September 2011 issue of Pediatrics and was aimed at determining just how healthy those packed lunches were.

What researchers found was that more than 90 percent of the packed lunches were stored at unsafe temperatures. This also included lunches with ice packs and insulated bags.

Unsafe temperatures for foods can promote bacteria growth. In fact, many of the elements that bacteria need to grow can be found inside a child’s lunch bag: moisture from condensation, lack of light, unsafe temperatures and nutrients for the bacteria are all right there.

“This was an eye-opener,” Fawaz D. Almansour, lead author of the study and doctoral candidate at the University of Texas at Austin stated. “This tells you that the systems are not working.

Of the 705 lunch bags, nearly 45 percent had one ice pack. Nearly 40 percent contained no ice pack. If an on-sight refrigerator was even present, bag lunches weren’t making it to the refrigerator in a timely manner. So what about insulated bags? Aren’t they supposed to keep food cold?

Insulated bags seemed to create a problem of their own, researchers found. It turns out that when the lunch is placed in the refrigerator to keep the food at safe temperatures, the insulation keeps the cold air from reaching the food. This, again, causes the food to be stored at unsafe temperatures.

According to Almansour, “parents don’t look at the food they send as the probable cause [to their child’s digestive problems.]” The study, however, confirms that it is a real possibility.

So what do you do to keep your toddler’s lunch safe? Well, outside of allowing your toddler to eat the school lunches, you could “ask for fridges in the child care centers and make sure they’re used properly.” If you can manage to get the school to agree to this, “The lunch should be taken out of the insulated bag in the fridge,” Almansour stated.