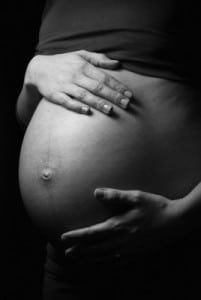 Women who take certain painkillers during pregnancy may be at an increased risk for a child with certain rare birth defects says a recent study published in the American Journal of Obstetrics and Gynecology. The increased risk doesn’t seem very big when you look at the big picture, but according to the researchers, soon-to-be moms should be aware of the potential risks.

“Of the 29 different defects we examined, we were happy that a vast majority were not tied to NSAIDs,” said co-author Martha Werler, a researcher of birth defects at Boston University. There were, however, a few birth defects in which an increase was noted for mothers who had taken NSAID painkillers like ibuprofen, naproxen or aspirin.

Researchers say that the study doesn’t prove that painkillers are to blame, but they do say that mothers should carefully reconsider taking NSAID painkillers during pregnancy until further research can be conducted.

“Until we know more information, women should consult with their doctor to weigh risks and benefits of taking pain medication,” said Werler.

But don’t worry if you are in your first trimester and have already taken an over-the-counter NSAIDs, says Dr. Eva Pressman of the University of Rochester Medical Center who was not involved in the research, but studies maternal-fetal medicine at the university.

Once you do know you are pregnant, however, you should avoid any medication that is classified as an NSAID. “For pain, I recommend taking Tylenol, which works through a different mechanism of action and is considered safe for pregnancy.”