We know that babies come when they want and where they want; for Baby Girl Berkley, that just happened to be in the middle of the night inside a Walmart parking lot. 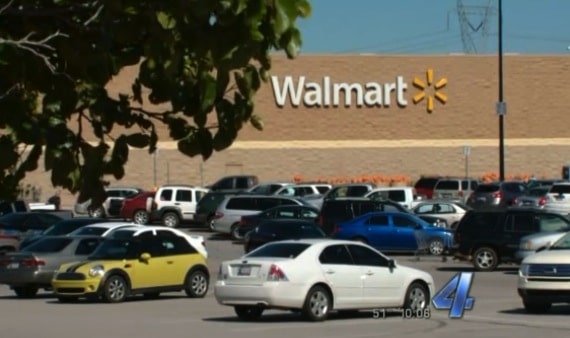 Her parents, Jeff and Brandi Ross, had waited at the hospital earlier that evening for four hours, but had been sent home. A few hours after arriving home, they piled back into the car to make their way back. Only this time, they wouldn’t make it there.

Driving along Highway 152, still 30 minutes away from the hospital, Brandi’s water broke. When she said she could feel the baby’s head, Jeff called 911. He was connected to Paramedic Derek Cordray.

“My wife’s water just broke. She’s in labor. She doesn’t think we’re going to make it to the hospital,” Jeff told Cordray.

“Can you see part of the baby?” Cordray asked the frantic father.

“She claims she can feel the head,” Jeff replied as his wife screams in the background for a doctor.

At that point, Cordray insisted that Jeff pull the car over. Incidentally, he ended up parking the car in a Walmart parking lot where Cordray would walk him through the delivery.

“Place the palm of your hand to the vagina, and apply firm but gentle pressure, okay?” Cordray instructed him.

Cordray later told Channel 4 News how hard it was to instruct Jeff through the delivery.

“With all that screaming, you hear him. It’s hard for him to hear me,” he said.

But it all worked out. Berkley Sullivan entered the world in just one push. 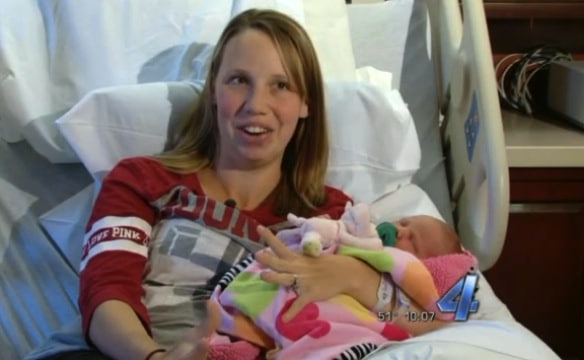 “I pushed one tie and he caught her in the front seat of our car,” Brandi told Channel 4 in an interview from the hospital. “So that’s how she joined us. Her initial hello was very quick.”

“At that point, I think adrenaline kicked in and it’s all a blur other than ‘Here it is, oh my God, what do I do now?’” Jeff said about his impromptu delivery during the interview.

Thankfully, EMSA arrived as Berkley let loose her first cries. They transported mom and baby to the hospital.

Everyone’s doing just fine now, but Brandi and Jeff said they’ll never be able to look at a Walmart the same again.

“I wish it was another location,” Brandi said. “But she came out and she’s healthy and it’s a great story to tell her, so it’s fine now.”

But Jeff says he hopes he never has to go through a delivery like that again.

“Awesome, terrifying experience that I hope I never go through again!” he said.

Berkley is joining an older sister, 14-month-old Karli, and the couple continues to receive welcome gifts for Berkley. Their favorite? A Walmart gift card.