What would you do if your child insisted they were the opposite gender? What if the disorder became so severe that your child became severely depressed? Sarah and Bill Tyler were presented with this question when son, Danann Tyler, was just two years old. 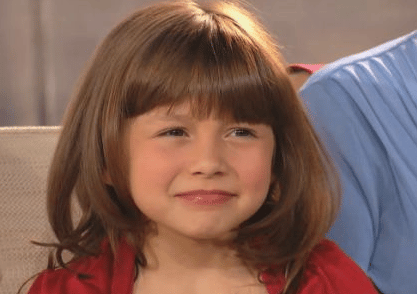 “I picked him up from a friend’s who has a little girl and I found him wearing a Cinderella dress, mini high heels and with pink painted nails,” Sarah told Closer Magazine “When I made him take the clothes off, he started crying.”

Over the next several months, Danann repeatedly demanded the right to wear girls’ clothing.

“He’d scream when I tried to put him in boys’ clothes and when I picked him up from nursery, I noticed he’d be playing in the miniature kitchen with the girls and didn’t like trucks or action gures,” Sarah said.

Like most parents would, Sarah just assumed that Danann was going through a phase. But then he started drawing pictures of himself as a girl with a worried look on his face.

“It really disturbed me seeing him so down. Bill was really freaked out,” Sarah said.

Finally, she took Danann to a pediatrician, who agreed that it was simply a phase. But by this time, Danann was three and the tantrums were getting worse.

“He got really upset when I referred to him as a boy and kept asking me why he had a penis,” Sarah said. “He’d scream if I wanted to cut his hair. I occasionally let him wear pink t-shirts and necklaces under his clothes, but Bill wasn’t happy. He’s a man’s man – he didn’t like his son looking girlie.”

Things continued in that way, but when Danann reached the age of four, his parents were faced with a very scary situation.

“I found him in the playroom trying to cut off his penis with a pair of craft scissors,” Sarah said. “He was weirdly calm, saying, ‘I’m getting rid of this.’ I felt sick – but luckily he just had a few minor cuts.”

One week after that incident, Danann’s pediatrician had referred the Tyler family to a psychologist. Sarah was told that her son was simply seeking attention, but she wasn’t convinced.

“I wondered whether Danann was gay,” she said. “At school, he started trying to use the girls’ toilets and queuing with the girls when they were divided into groups. Luckily, most children at his primary school were accepting…I confided in pals about it and two gay friends agreed they thought he could be gay, but that his behavior was very extreme. I was still left puzzled.”

“We’d row. He wanted Danann to behave like a boy – but I just wanted him to be happy,” she said. “I found myself secretly letting Danann wear a Cinderella t-shirt.”

Over the next two years, Danann was diagnosed with ADHD and bipolar disorder; Sarah still wasn’t convinced and Danann’s behavior was getting worse.

“His schoolwork suffered and he started lashing out when I dressed him. I’d have bite marks and bruises. I was devastated,” she said.

Things would finally reach a point in which clinicians would have to listen: at the age of six, Danann raged after Sarah refused to allow him to wear a dress to a party. He jumped out of the car and ran directly into traffic, saying “I want to die.”

Sarah contacted a local hospital soon after the incident and Danann was then seen by another psychiatrist. This particular clinician conducted genetic testing and spent months talking with Danaan. Eventually, he was diagnosed with gender identity disorder. The psychiatrist also told Danann’s parents that he needed to start living life as a girl.

“He assured us there was nothing psychologically wrong with Danann, but we were shocked,” Sarah said. “Bill said he didn’t want any part of it. But for me, everything seemed to fall into place.”

After a week of stunned disbelief, the couple started to come to terms with their son’s diagnosis. They say that a DVD about transgender children helped them cope.

“We realized we weren’t alone and that other families were experiencing this,” Sarah said. “I was so sad to let go of my little boy – but I knew Danann would be happy as a girl. It seemed so surreal to be making that decision, but I felt there was no alternative.”

The very next day, Sarah sat down with Danann and explained everything.

“I told him he’d been born with a girl brain and a boy body. He just said calmly: ‘I’m a girl, I know.’ I explained we’d treat him as a girl, let him wear girls’ clothes at home and call him ‘she’ from now on,” Sarah said. “And when I said we could go shopping for clothes, Danann couldn’t stop smiling. She chose frilly pink dresses and sparkly shoes. We also bought some dolls. She was immediately less withdrawn. It was still strange – I’d never had a daughter – but I knew I had to do it for her.”

The Tylers then moved Danann to a new school two months later. Here, they allowed her to dress as a girl and attend school as a girl.

“We met with the headmaster and they were happy – but we decided not to tell the other children,” Sarah said about how they handled Danann’s diagnosis at the new school. “We cut Danann’s hair into a bob, so they didn’t guess. Danann didn’t seem to struggle. She referred to herself as a girl and hung out with the other girls like she always had.”

Now, at nine-years-old, Danann seems like every other happy little girl; she’s even in Girl Scouts. But Danann isn’t the only one doing better. Despite his struggle to accept the diagnosis at first, Bill is now closer to his daughter than ever and he and Sarah are getting along much better. Even the oldest of the Tyler children, James, has come to understand his younger sister.

“Bill and I are getting on so much better, although it took time for him accept things,” Sarah said. “Now Danann’s a real daddy’s girl. He takes her shopping and they’re closer than ever. James is also coping well – he’s very protective of his sister.”

Sarah says that, for now, they’ve done all they will do for Danann. When she reaches puberty, however, it will be up to Danann on whether or not hormone therapy or a sex-change surgery will be done.

“The next step would be hormone treatment, but that’s her decision,” Sarah said. “If she wants to, she’ll take hormone blockers around 10, then start female hormone treatment at 15, which will make her skin softer, reduce body hair growth and encourage breasts to grow. I’d let her have sex-change surgery at that age – I know it’s been done before and I think at that age she’ll know for sure what she wants.”

Of course, the Tylers are very aware of the fact that not everyone will be accepting of their decision. Thankfully, most of their family and friends have been accepting and supportive. As for the rest of the population…

“People might think she’s too young, but it’s best for Danann we make the transformation now so she won’t struggle through puberty. She’s a different child now she’s living as a girl – I know we made the right decision. She’s happy, outgoing and doing well at school. This is who she wants to be,” Sarah said. “People may criticize, but I couldn’t have forced Danann to live as a boy. I’m glad she’s finally happy in her own skin.”