A Florida couple were arrested on Tuesday after they left their 20-month-old son in their hotel room while they went to dinner and drinks at the Seminole Hard Rock Hotel.

The Sun Sentinel reports that Natalie Fouche, 30, and Albert Thomas Owens, 36, were were charged with one count of cruelty toward a child and were ordered to remain in jail on $1,000 bond. 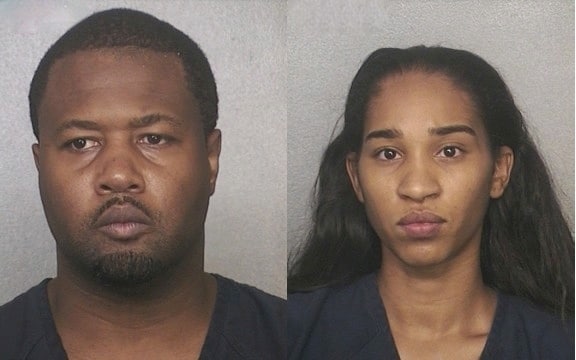 The Seminole Police told the newspaper the child was left inside the room for at least 45 minutes, while the couple reportedly celebrated Albert’s birthday.

According to them, the pair put their son to sleep on a bed and unplugged the telephone so he wouldn’t wake up if it rang. This, however, tripped an alert, which caused casino security to go to the room and investigate.

When security arrived at the room they found the toddler sleeping on the bed and waited 20 minutes before calling police.

When the parents returned to the room they told officials they had had gone to the casino to eat and drink. Before they were taken to the Broward County Jail, they admitted to police that they had been gone for at least for 45 minutes.

The child was released to the custody of his grandmother, said Paige Patterson-Hughes, spokeswoman with the Florida Department of Children and Families.

A judge ordered that the parents have no contact with their child until a hearing to decide custody issues.