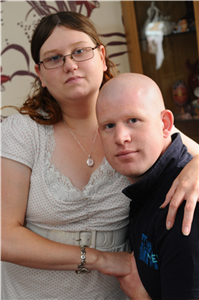 A UK couple, who tried for 5 years to have a baby, has been left devastated after hospital staff refused give their premature baby medical intervention – because she was born one week too early.

Latisha and Robert Brown, of Attleborough, Norfolk in the United Kingdom received the distressing news after arriving at the hospital with their premature newborn daughter Alexis. Alexis was born at home at just twenty-three weeks gestation, but was alive, active and breathing on her own when she arrived at the Norfolk and Norwich University Hospital last week. Despite the broken hearted mother’s pleas for help, the midwife on duty informed the new parents that medical treatment was not an option. Baby Alexis passed away two hours later, with no medical intervention to try to save her life.

The United Kingdom’s policy on premature infants has been in the news quite a bit over the last year. According to the guidelines, any infant born before twenty-four weeks gestation should not be resuscitated. Alexis was one week shy of a chance at life. The hospitals official response was simply “There was no question of survival for such a premature baby.” 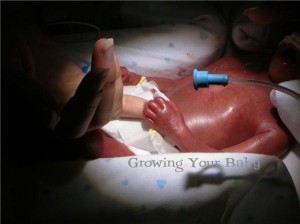 Perhaps the hospital and governing body should read the hundreds of stories on our site of micro-preemies that have beat the odds, and give revision of these “guidelines” some serious thought. Baby Alexis was just over a pound at birth, the same weight as Toledo baby Aydan Lahman, 2 ounces more than Berselia Hernandez Chavarri, and seven ounces more than Amillia Taylor. All of these babies, and countless others born before twenty-four weeks gestation, have survived. Little Alexis was not even given a chance. – Jill, Staff Writer