Home » Parents Feel Kids are Pressured to Grow Up Too Quickly 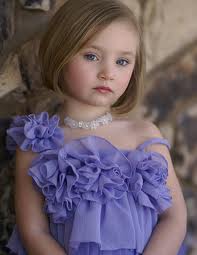 A report, commissioned by the UK Department for Education, has found that parents blame celebrity culture, adult style cloths and music videos for their children ‘growing up too quickly.’

The survey was conducted as part of the Bailey Review of Commercialisation and Sexualisation of Childhood.

The review set out to listen to parents’ concerns and to discover areas where parents can be better supported in their attempts to curb the pace at which their children view and participate in mature situations.  In addition to this survey, the Bailey Review has used focus groups and has posted a call for evidence, which has generated a lot of input from parents.

This particular survey found that

Parents have also expressed the pressure they, themselves, feel to ensure their children are able to keep pace with their peers.  This pressure often results in the acquisition of non-essential items; things that would otherwise have gone unpurchased.

Reg Bailey, chief executive of the Mothers’ Union, is leading the independent review.  Through the information collected by the review, Bailey has found,

“Parents are telling us in no uncertain terms that they are worried about the pressures on children to grow up too quickly.

“It is clear that their concerns have not been created out of a moral panic but from their everyday experience.  They are struggling against the slow creep of an increasingly commercial and sexualised culture and behaviour, which they say prevents them from parenting the way they want.”