Necessary for blood clotting, vitamin K does not transfer through the placenta during birth. This leaves babies with very little of the nutrient in their systems when they are born, putting them at risk for haemorrhagic disease of the newborn (HDN) at birth. For this reason, an injection is routinely given immediately after birth. But there’s a bit of a loophole with this much needed injection; parents must give consent. As with other immunizations and injections, there are parents that refuse. 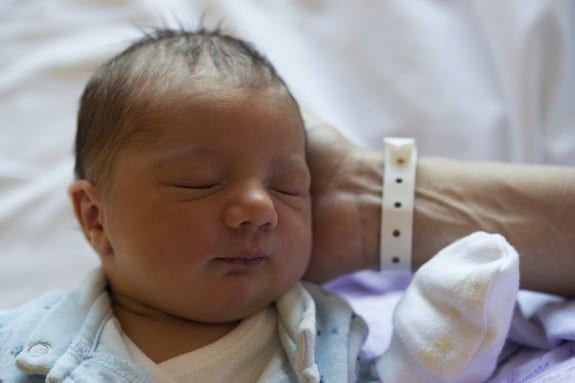 We’ve sought to understand the decline in the number of children receiving much-needed injections and immunizations. There are many reasons, ranging from religious preferences to concerns of adverse effects of the injections. But up until now, no one has really taken a look to see if there are any connections between certain immunizations or injections. A recent study has changed this, however.

“A recently published report of parental refusal of vitamin K prompted an investigation of the prevalence and characteristics of this group, and exploration of whether these same parents were likely to subsequently refuse immunization for their children,” Vanita Sahni, MHSc from Alberta Health Surveillance and Assessment in Edmonton, Canada, told MedScape.

Using linked administrative health data, Sahni and her colleagues analyzed a population-based cohort study on 282,378 infants born in Alberta between 2006 and 2012. Of those infants, 99.7% received a vitamin K injection; 0.3% of parents refused vitamin K. While the numbers appear to be rather low, researchers pointed out a small but significant increase in the rate of refusal, going from 0.21% in 2006 to 0.39% in 2012.

“These findings [highlight] the need for physicians to provide anticipatory guidance on the benefits of vitamin K to parents who are planning a home birth or a midwife-attended delivery [and point] to an opportunity to engage midwives so that education about the risks and benefits of vitamin K prophylaxis can begin before birth among a population group that is likely to decline prophylaxis,” authors of the study told MedScape.

But vitamin K wasn’t the only refusal for many of the mothers. In fact, researchers found that parents who refused vitamin K injections at birth were 15 times more likely to have children that had received none of the recommended vaccines up to 15 months of age.

“This is the first population-based study to characterize parents who are likely to decline vitamin K for their infants and whose children are likely to be unimmunized,” the authors said. “These findings enable earlier identification of high-risk parents and provide an opportunity to enact strategies to increase uptake of vitamin K and childhood immunizations.”