Parents-to-be Rachel Bilson and Hayden Christensen were spotted out picking up some items for their home in LA on Sunday(August 10, 2014). 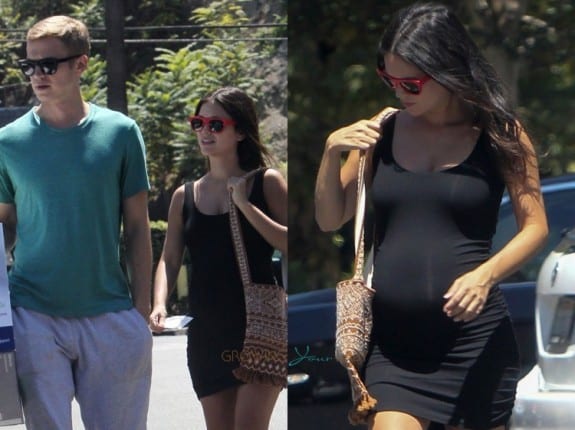 Rachel’s growing belly was on full display in a curve hugging ruched dress and if rumors are right she’ll be buying lots of dresses in the near future! 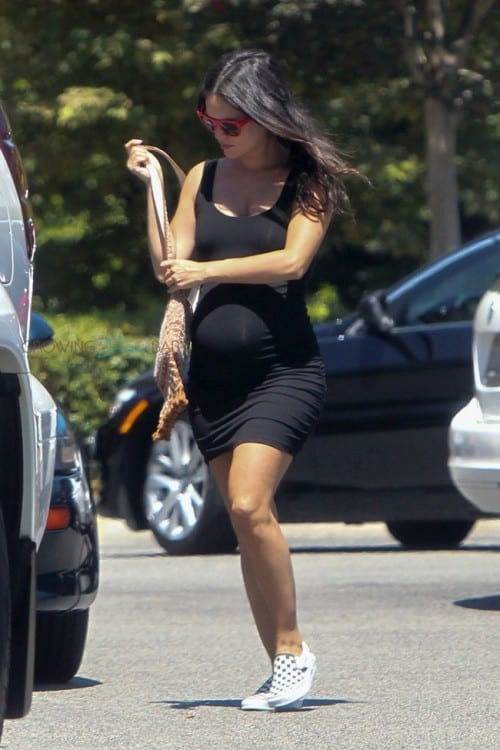 The Hart of Dixie’s co-star McKaley Miller recently revealed that Rachel and Hayden are (possibly) expecting a baby girl saying,

“I haven’t bought her anything yet because I feel like it has to be super special. She’s such a fashionista, it’s gotta so be cute and so perfect for her little girl,” McKaley spilled to HollywoodLife.com

McKaley revealed that Rachel is due “sometime in the fall” and that they will likely throw a baby shower on the Hart of Dixie set. 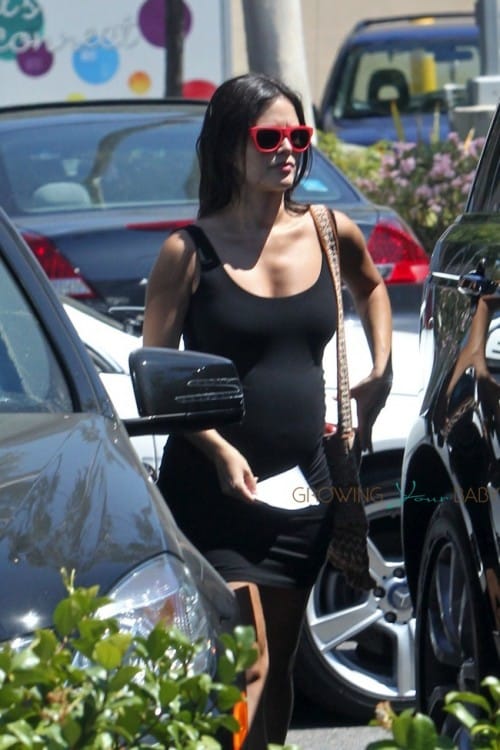 “We probably will end up throwing a baby shower because we will end up filming until the month or so that she has her baby,”

A couple of weeks ago CW President Mark Pedowitz told TVLine they were writing Rachel’s pregnancy into the show. 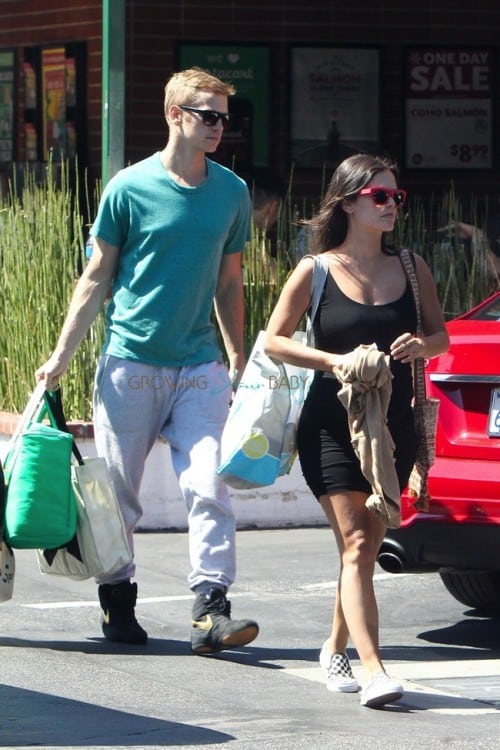 “We’re doing 10 episodes this year, and we’re looking forward to seeing what happens.  [Executive producer] Leila Gerstein is planning to have a pregnancy eventually happen to the character of Zoe Hart.”

No hiding behind trees and vases for this girl! We will get to see her growing in her last months on TV.