To conceive quadruplets naturally, you have to beat one in 700,000 odds. Shontae Minor, 22, and Khristian Rohena, 34, one-upped those odds after naturally conceiving and giving birth to quads, despite the fact that Khristian had been diagnosed with a medical condition should have prevented him from being able to conceive children. 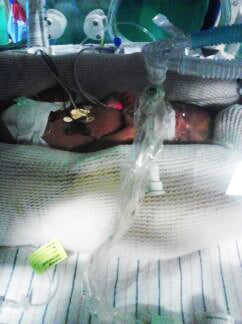 “The doctors came back in smiling and said, ‘You know you have two sets?’ Khristian told My San Antonio News.

But the joy of their discovery didn’t last long. The couple’s first doctor told the couple that they should abort two of the babies because of the complications that can arise from multiple births. That doctor gave them a referral to a Houston facility to complete the procedure.

“We cried and we prayed all the way to Houston,” Khristian said.

But when they arrived, they realized that they had changed their minds. Not only did they want to keep the other two children, they had discovered that because Shontae and the babies were “healthy,” Medicare wouldn’t pay for the procedure. So, instead of following through with the recommended procedure, the couple chose a different doctor.

Dr. Jessica Diaz had delivered the couple’s very first baby, 8-month-old son, Khristian Rohena Jr.. Diaz told ABC news that she was excited to be a part of the quad’s miraculous birth.

Dr. Lisssa Magloire, a doctor who specializes in high-risk pregnancies, was also recruited to help monitor the progress of the mom and quads. Shontae remembers that Dr. Magloire helped give she and her partner hope during their very first meeting. 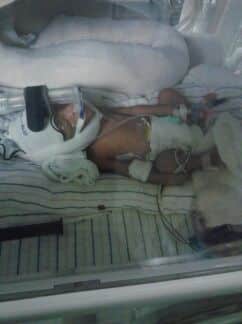 They did, in fact make it to the birth. Khristian and Shontae each picked names for a set of twins. Khristian named Yandel and Yariel. Shontae named Orion and Ryan, born between 2 pounds, 7 ounces and 1 pound, 15 ounces. But not all of the news is happy; Diaz shared that there are some concerns about the health of the quads.

The condition, which can arise in any multiple birth, is characterized by a disproportionate blood supply between two fetuses that share the same placenta. If not monitored, it can lead to serious complications, even death. Thankfully, though in “critical but stable” condition, this couple’s quads have made it through so far. And the couple is ecstatic that they’ve made it this far.

“I’m excited,” Khristian, an Iraq War Veteran, said about the sudden and large growth of his family. “I’ve got five now – that’s a team.”

But Khristian and Shontae aren’t the only one’s excited about the birth of the babies. Dr. Adrian Gresores, the neonatologist who helped deliver them, told ABC that these are the first set of quads to ever be born at St. Luke’s. 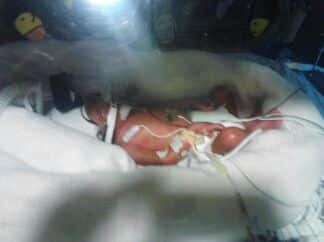 Though Khristian is currently on disability, the couple is hoping to receive help from the Viva Doulas, their local chapter of the Central Texas Doula Association, who is taking donations on behalf of the family. Everything from baby care products, baby carriers and breast pumps are being requested and drop-off locations have been set up throughout San Antonio to make it easier for people who wish to donate.

To this point, the couple has been riding on miracles. Hopefully, they can continue that trend and bring all four of those beautiful little babies home soon!