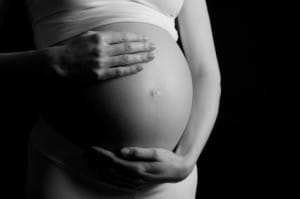 Fetal alcohol syndrome (FAS) can look very different from one child to the next: while some children may display facial deformities, others do not; some have more severe brain abnormalities than others; some children may have behavioral issues, while others do not. All of these children, regardless of how severe their symptoms, will experience complications in one way or another for the rest of their lives. Unfortunately, the broad range of symptoms has made it difficult to diagnose FAS in some children, especially when there is an absence of facial deformity.

Sadly, many cases of FAS go undiagnosed or unrecognized for years. This is partly due to the fact that not all children have facial deformities, but also because some clinicians may not know what to look for. To make matters worse, no one really knows how much alcohol is needed to cause FAS or when the consumption must take place. A collaborative study conducted by scientists at the University of North Carolina School of Medicine, Duke University, and University College of London in the UK, hopes to shed more light on the subject.

“We know that maternal alcohol use is the leading known and preventable cause of birth defects and mental disability in the United States,” said lead researcher, Kathleen K. Sulik, Ph.D, professor in the Department of Cell and Developmental Biology and the Bowles Center for Alcohol Studies at UNC. “Alcohol’s effects can cause a range of cognitive, developmental and behavioral problems that typically become evident during childhood and last a lifetime.”

Full-blown FAS affects approximately 1 in 750 live births in the U.S. Generally, doctors look for the classical facial deformities often seen with full-blown FAS, but because there is a broader range of symptoms, “adverse outcomes vary considerably and most individuals don’t exhibit the facial characteristics that currently define FAS,” said study lead author, Robert J. Lipinski, PhD, postdoctoral scientist in Sulik’s lab. “This study could expand the base of diagnostic criteria used by clinicians who suspect problems caused by maternal alcohol use.”

Published in the online journal, PLOS ONE, the study took a look at the brain abnormalities and facial deformities in mice born to mothers who had been given alcohol during various intervals of pregnancy. In the first group, alcohol was administered during the seventh day of pregnancy, which corresponds with the third week of pregnancy in humans. The second group was given alcohol just 36 hours later, a time which corresponds with the fourth week of pregnancy in humans. According to the scientists, “high doses that most women wouldn’t achieve unless they were alcoholic and had a tolerance for alcohol” were given to both groups of mice.

Near the end of the pregnancy, co-author G. Allan Johnson, PhD and his group at Duke University used In Vivo Microscopy, a type of imaging that has a spatial resolution of up to a million times higher than the current clinical MRI. Co-author Peter Hammond, a professor of computational biology at UCL’s Institute of Child Health in London leant his expertise in the area of 3D shape analysis – a new and powerful technique that has already been proven successful in objectively defining the facial shape changes in humans. Together, the scientists used all of the data – the 3D imaging of individual brain regions, detailed facial surfaces and more – to perform shape analysis of the two groups of mice.

Based on all of the clinical information, scientists concluded that the earlier alcohol consumption resulted in the classical FAS facial deformities (smooth ridge on the upper lip, small eyelid openings, and thin upper lip border). When looking at the mice exposed to alcohol later, however, scientists found unique and sometimes opposing facial deformities (shortened upper lip, present ridge on upper lip, and brain appeared wide in the front rather than narrow).

“Overall, the results of our studies show that alcohol can cause more than one pattern of birth defects, and that the type and extent of brain abnormalities – which are the most devastating manifestation of prenatal alcohol exposure – in some cases may be predicted by specific facial features,” Sulik said. “And, importantly, alcohol can cause tremendously devastating and permanent damage at a time in development when most women don’t recognize that they’re pregnant.”