Sir Paul McCartney and his bride Nancy Shevell were all smiles this afternoon as they left the Marylebone Registry Office in London, England following their civil ceremony marriage. 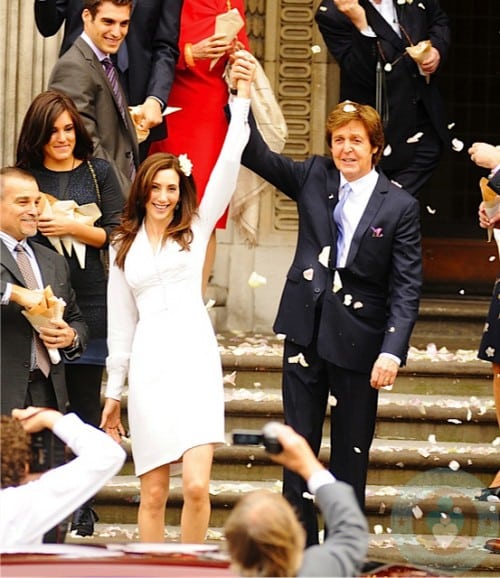 The service was simple, understated and genuine. The couple passed on the usual lavish display often seen at celebrity weddings, instead opting for a city hall ceremony and a dinner at their home in St. John’s Wood.

Family and friends in attendance included Beatles drummer Ringo Starr, TV journalist Barbara Walters, a second cousin of the bride and Paul’s daughter Beatrice, who served as the flower girl.