Paula Patton was also on mommy duty while out in New York City promoting her new movie 2 Guns on Tuesday. The actress was photographed leaving the Jimmy Kimmel show with her son Julian by her side. 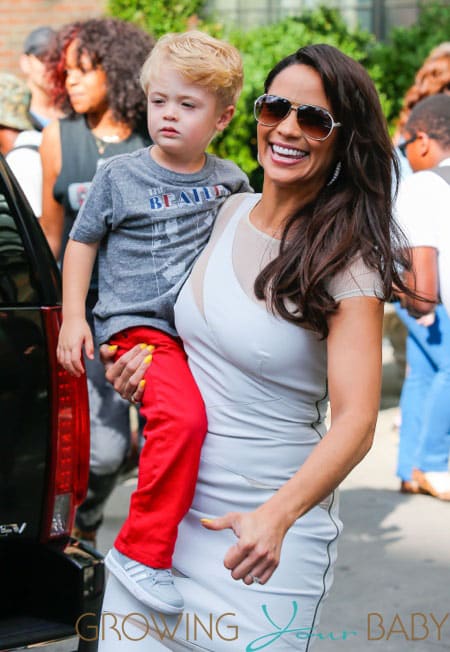 As luck would have it, the actress’ husband Robin Thicke was also in the big apple with his family to perform as part of NBC’s Toyota Concert Series on the ‘Today’ show at Rockefeller Center. 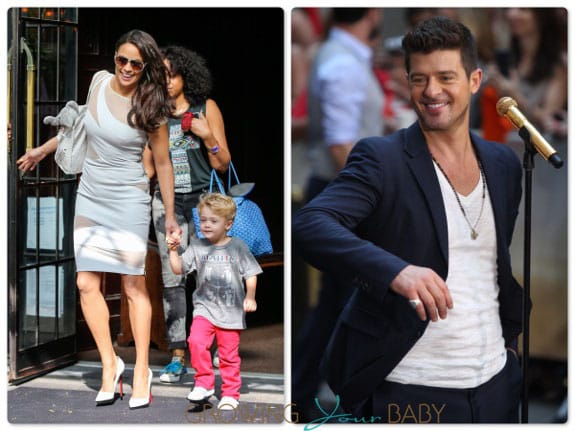 The couple was re-united last night for the red carpet premiere of the movie, which co-stars Denzel Washington and Mark Wahlberg.  Paula wowed in a Basil Soda gown that showed off her curves. 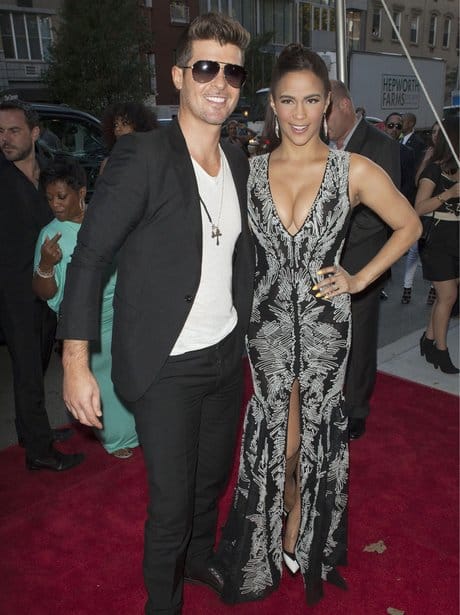