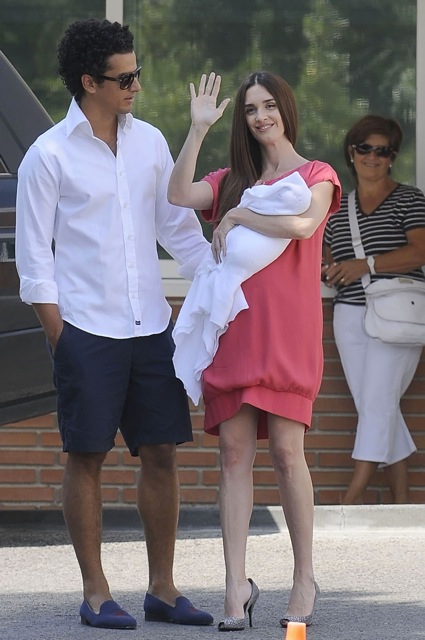 Spanish actress Paz Vega has given birth to a baby boy – 4 weeks before her due date.

According to reports, Paz and her husband Orson Salazar weren’t expecting their newest addition until next month, but the actress underwent a Caesarean section in a Madrid, Spain hospital last Friday.

The baby, who is rumored to be named Lenon,  weighed six pounds (2.7 kilograms) and is said to be doing well.

A statement from the Ruber International Hospital reads, “The mother and the newborn are in perfect health.”

The new baby joins the couple’s two other children, Orson, 3, and 13-month-old Ava.