Home » Penelope and North West Are Tutu Cute in LA!

Tiny dancers Penelope Disick and North West were back at the studio on Thursday taking a ballet class together in Calabasas, California. 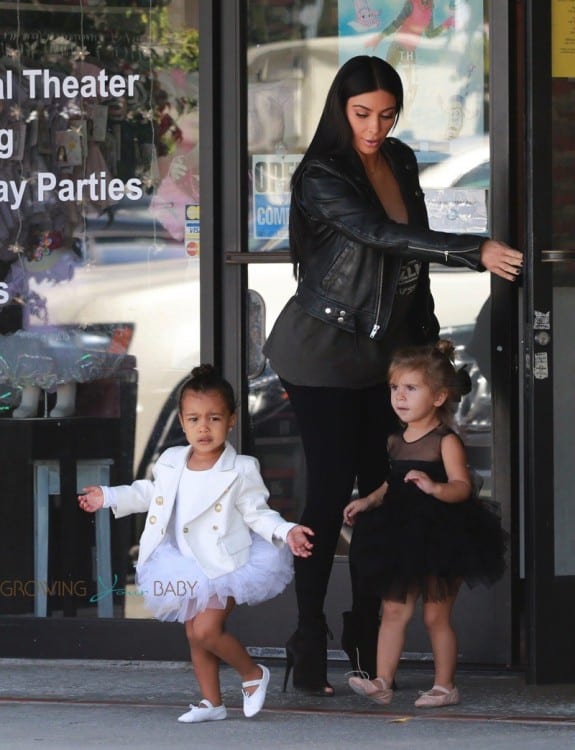 The little cuties looked like ying and yang dressed in matching black and white tutus and ballet flats.  Of course, North had to take her look to the next level in a custom Balmain white blazer, which she wore with style! 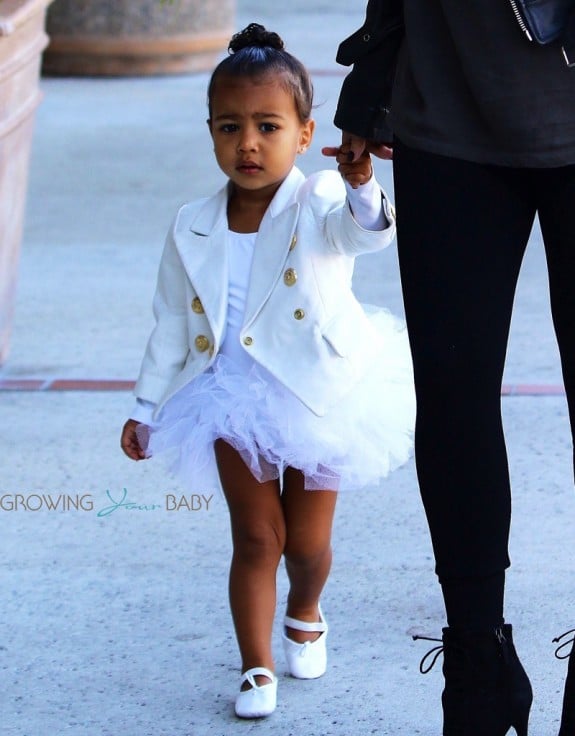 Kim shared a photo of her little lady on Twitter calling her look ‘Ballet in Balmain’.

The outing comes as clips from the Kardashian’s reality show gives us a look at the accident that Kim, North, Khloe and Kylie were in while visiting Montana earlier this year.

From the video, which was released by E!, it appears that a passing truck causes them to hit a spot on the road that is too slippery and Khloé loses control of the car. As the SUV appears to spin Kim screams, “I don’t have my seat belt on!”

Thankfully North was bucked safely in her car seat and no one was seriously hurt.

The full episode airs this Sunday at 9pm.