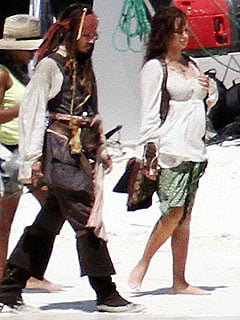 Reps for Penélope Cruz have confirmed that the change in bodyshape the world noticed in pictures over the weekend is due to the actress being pregnant. According to them,”Penélope is 4½-months pregnant,”


Photos of the mom-to-be on the set of her upcoming movie, Pirates of the Caribbean: On Stranger Tides, had sparked buzz that the recently married star was expecting – and they were right.

The new baby will be due to arrive around Valentines Day!