Home » Pennsylvania Newborn has 7lb Growth Removed From His Skull

When Jen Sheridan was 14 week pregnant doctors told the mom her baby wasn’t going to make it.

“We actually had Now I Lay Me Down To Sleep, a non-profit agency that takes photos of babies that pass.”

But baby Owen surprised everyone and cried as soon as he was born. In the womb the tiny newborn had developed an encephalocele, where a portion of his brain that had grown outside his skull. The problem? The mass was 7lbs. 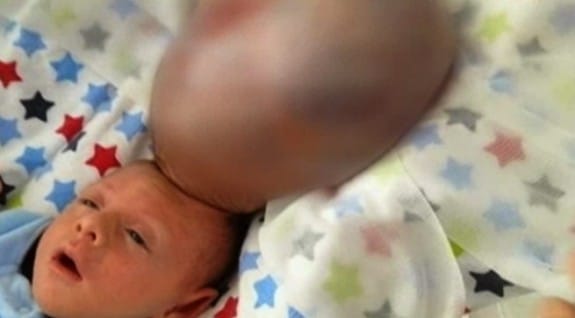 In Pittsburgh the couple were told the baby had no chance of survival. Not willing to give up they contacted several hospitals before finding a surgeon at Boston’s Children’s Hospital willing to perform the surgery. 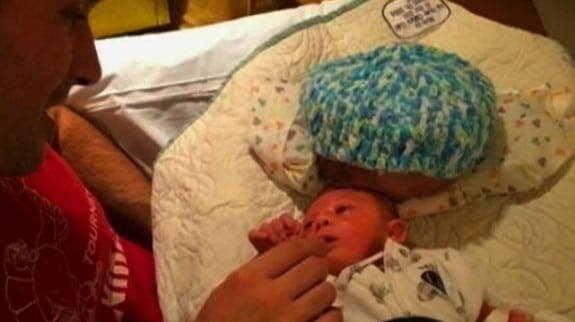 After a 7 hour operation, doctors Mark Proctor, MD, and John Meara, MD, DMD, were able to remove the growth. 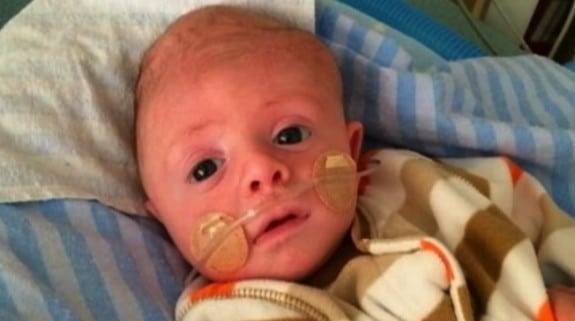 “They worked a miracle on our child,” Kevin Sheridan told reporters. “They did what no other hospital that we could contact was willing to do.”

Ecstatic Jen and Kevin were now able to hold their baby for the first time. 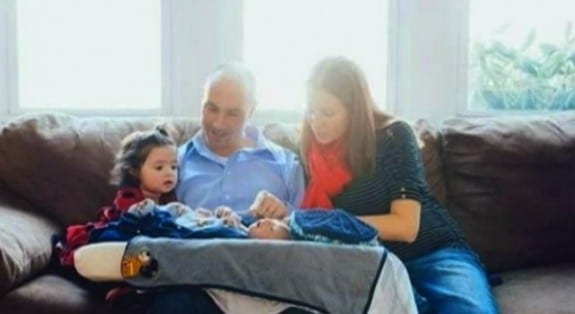 “It was amazing to see without the encephalocele on his head. It was breathtaking to finally hold him and cuddle him,” Jen Sheridan said.

Not out of the woods yet, doctors say that Owen has a long recovery ahead of him. 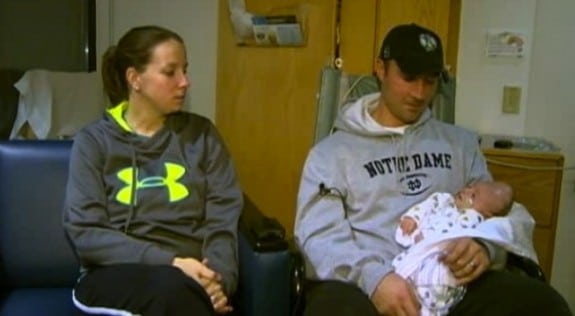 “I think Owen still has a bit of a long road ahead but the fact that they’re able to treat him now like a normal baby and hold him is really gratifying,” Mark Proctor told NBC News.

Next week the family hopes to head home with their little man!