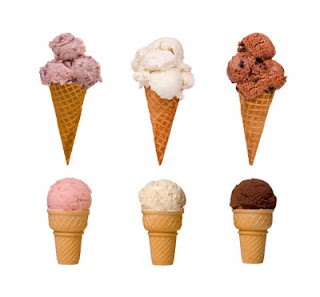 In a weird twist, People for the Ethical Treatment of Animals(PETA) is asking the ice cream maker to begin using breast milk in its products instead of cow’s milk, saying it would reduce the suffering of cows and calves and give ice cream lovers a healthier product.

The idea got a less than warm reception from the Vermont company and even La Leche League International, the world’s oldest breast-feeding support organization.

PETA wrote a letter to company founders Ben Cohen and Jerry Greenfield on Tuesday, telling them cow’s milk is hazardous and that milking them is cruel.

“If Ben and Jerry’s replaced the cow’s milk in its ice cream with breast milk, your customers – and cows – would reap the benefits,” wrote Tracy Reiman, executive vice president of the animal rights advocacy group. She said dairy products have been linked to juvenile diabetes, allergies and obesity.

In an e-mail Ben and Jerry’s spokesperson Sean Greenwood responded by saying,

“We applaud PETA’s novel approach to bringing attention to an issue, but we believe a mother’s milk is best used for her child.”

According to La Leche spokeswoman Jane Crouse, cow’s milk and mother’s milk aren’t interchangeable. Breast milk is a dynamic substance that’s different with each woman and each child and might have difficulty being processed into ice cream.

She went on to say that,

“Some women feel compelled to donate milk to a milk bank for adopted babies, or for someone who’s ill or unable to breast feed. There’s plenty of anecdotal evidence about sisters who nurse each others’ babies. There’s a population of women very willing to share their milk. Whether there’s enough to do it for a commercial entity, who can say?”

Clearly, PETA has not done their research on this subject. Human breast milk is NOTHING like cow’s milk infact, depending on the mother’s diet and ethnic background EBM can be different colours.

I learned this while my son was in the NICU. While putting our milk in the freezer one day, I caught a glance at other moms milk. One was a dark brownish in color, another yellow and one even had breast milk that had a greenish tinge to it.

Do you want this in your ice cream?