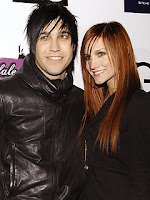 In an interview with Ryan Seacrest the new daddy explained the Disney connection to the name.

“The Jungle Book was something that me and Ashlee bonded over. It’s a cool name.”

But while the Fall Out Boy bassist, 29, opened about why his son got the name of the rambunctious boy in the Disney cartoon classic, he still refused to reveal the reasoning behind the first name

“We came up with the idea Bronx. We’ve been throwing [ideas] back and forth a while,” he says. “It’s kind of cool to just leave the narrative what it is. People are stoked or pissed or whatever. And you’re like, you know what: I don’t think anyone really has the real story.”

Pressed by Ryan about whether the name, whose initials work out to BMW, was actually a joke, the new daddy insisted:

“No, no, no, it definitely is his name, but I don’t think anybody knows what the real story is of why or how.”

Pete then went on to gush about how well Ashlee, 24, during the baby’s birth:

“Right before she went into labor, I was like, ‘Oh, my god, I think I’m having a heart attack,’ ” he says. “My heart started beating real fast. You see your wife is in all this pain. And I don’t know what’s happening right now. She took care of me and made sure I was okay and then went into labor. That’s why she’s a saint.”