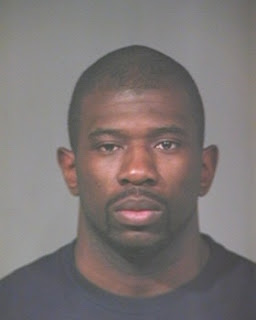 Phoenix Suns Guard Jason Richardson was suspended without pay by the Suns after being jailed Sunday night for driving recklessly with his 3-year-old son unrestrained in the back seat.

He was booked on counts or endangerment, reckless driving, failure to use a child seat and excessive speed.

“I just want to apologize to everybody, teammates, my family, especially my fiancee,” Richardson said. “This is a tough time for me. I’ve been questioned as a basketball player, questioned as a person, but my fatherhood in question is tough, because I try to be the best father I can be and try to keep my kids out of harm’s way.”

When he was pulled over the Suns player admitted he was speeding. That’s when the officer noticed that his son was not in a child seat in the back seat. He told the officer they were returning from dinner to his Paradise Valley home.

No impaired driving was suspected by police.

Richardson’s fiancee picked up their son, but he remained in jail for a few hours.

I am speechless…I would never dream of driving to the end of t he street without my son buckled into the best car seat I could find. Some people just don’t get it.