Usual advice to women who use contraceptive pills, is that their fertility will resume soon as their cycle resumes to normal in a few months. But a new research in Denmark has found that while fertility may not be affected with the use of the pill, it may mask the reproductive status of a woman by suppressing the markers that indicate the ovarian age and onset of menopause. 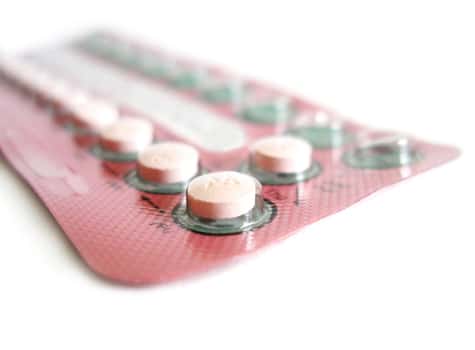 Women are born with a limited number of eggs in their ovaries and a good way to determine their ‘ovarian reserve’ or the ability of the ovary to produce follicles and mature oocytes capable of fertilisation  is through two simple measurements. One is levels of anti-Mullerian hormone, or AMH, in the blood measured in a blood test and the other is the number of early (antral) follicles in the ovary.  Antral follicles are counted when visualised by a vaginal ultrasound (AFC).

A new study reported on Tuesday at the ESHRE Annual Meeting in Munich by Dr Kathrine Birch Petersen from the Copenhagen University Hospital in Denmark indicates however that use of contraceptive pills masks these indicators and makes it difficult to measure accurately the biological clock’s current status.

The Danish researchers found measurements of AMH and AFC were 19% and 16% respectively lower in Pill users than in those not taking the Pill. They also found that the ovarian volume was significantly smaller — by between 29 and 52 percent for pill users, with the greatest reductions seen in the group aged 19-29.9 years.

The study was conducted on 833 women between the age of 19 and 47 years attending the Fertility Assessment and Counselling Clinic at Copenhagen University Hospital from August 2011 to April 2014. The AMH and AFC level of both pill users and non-pill users were measured with 30 percent of the women being former pill users.

This study is part of a larger project to measure factors like biological, medical and physical before conceiving that could help in determining future reproductive lifespan. This would eventually help to decrease the need for fertility treatments and provide information to women on their likelihood of natural conception.

“We expected to find an effect of the Pill,” said Dr Birch Petersen. “But during the project we were surprised at the quantified effect on ovarian reserve parameters as defined by anti-Müllerian hormone, antral follicle count and ovarian volume.”

The team also found that even after other factors such as age, BMI, smoking, maternal age at menopause, maternal smoking during pregnancy and prematurity were adjusted, AMH was still up to 30% lower and AFC up to 20% lower in Pill users than in non-Pill users.

Dr. Birch added that the pill does not change the ovary in a permanent way, but they still do not know the recovery duration of the ovary once the pill use is stopped.

However,” she added, “we do not believe that the Pill changes the ovaries in any permanent way. But we still need to know more about the recovery phase after women stop the Pill. The Pill is unlikely to change the basal ovarian biology of egg depletion — but it certainly changes the appearance of the ovaries and the secretion of AMH.”

She said that after the findings, women in the preconceptional care programme in Copenhagen who have been on the Pill “are now advised that their ovaries may look old, with small volume, a few small antral follicles and low levels of AMH.” But this she added, may not necessarily reflect her future fertility status.

She said that Pill users should therefore get an ovarian assessment again after three months of stopping pill use to get a better and accurate measurement of their reproductive status.