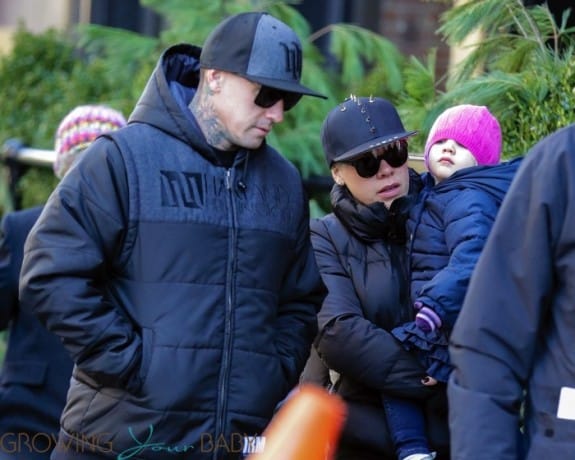 The family was bundled up as they stepped out, wearing hats and thick, cozy jackets. Willow was rocking a hot pink cable-knit beanie-style hat, along with a pair of jeans and ruffled blue skirt, while mom and dad were matching, looking sporty in black coats and hats. Pink’s hat was true to character – edgy and fun, with spike details accenting the top!

On December 11th, Pink was in New York City to accept the award for Woman of the Year at the Billboard annual Women in Music event. Carey shared a picture of the two of them attending the event and expressed his support saying, “Wifey and I at the @billboard woman of the year event yesterday. So proud of her. She looks super hot, and I look like I’m going to court.” 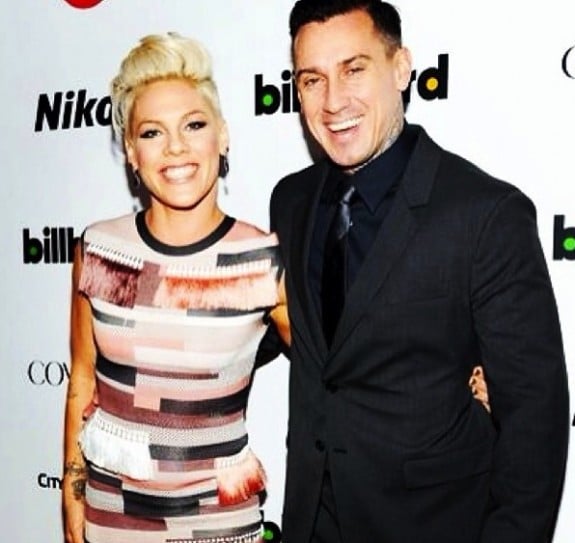 It seems the couple has been spending some family time in the city that never sleeps while they take care of business, soaking up the holiday spirit while enjoying the downtime. Carey posted an Instagram photo of a Christmas tree while in town, saying, “NYC at Xmas time is awesome.” He also made it known that he was missing the warmer weather, tweeting, “Sweet baby Jesus, it is cold in NYC today. I’m ready for the west coast.”

Pink has been on tour throughout 2013, working hard at promoting her latest album, The Truth About Love. It’s great to see her snagging a little R&R between shows and event appearances. It looks like she’s taking the time to enjoy NYC’s lights, energy, and most of all, some much-deserved quality time with the family!