Home » Pink & Her Family Hit The Beach in Australia

Pink and her husband Carey Hart enjoyed some time at the beach in Australia with their daughter Willow on Tuesday. 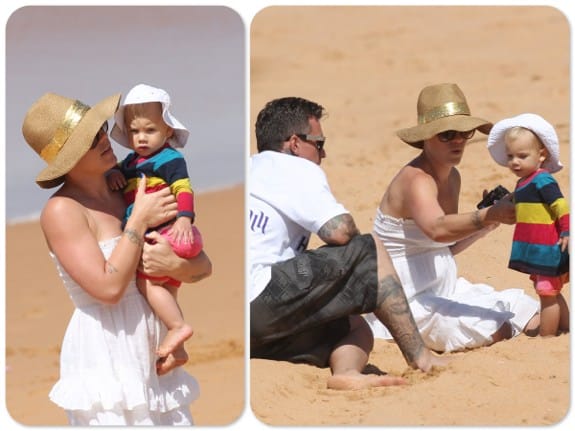 Down under while the singer promotes her new album, the cute family played together in the sand and surf. 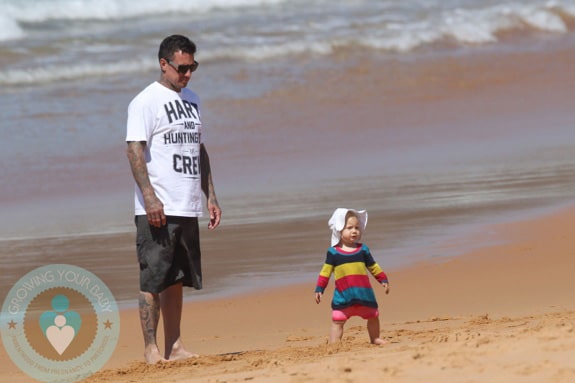 Now almost 15 months-old Willow is definitely on the move.  Pink recently revealed that she is also still breastfeeding.

During an interview with British talk show “Alan Carr: Chatty Man” earlier this month the feisty singer recounted a run-in she had with a passerby that wasn’t too happy that she was nursing in public.

“I had a cover on and this guy walks by, and he was like, ‘Ughhh.’ He was just disgusted.”

“I was like, ‘You didn’t get enough hugs when you were little,’” she said. Her husband, Carey Hart, told her: “‘You’re starting fights in restaurants.’”

When asked if she considers herself “one of those militant breast-feeder women,” nursing in public and almost daring someone to say something she responded,

“I do. I do on purpose,” she said. “I think breast-feeding is healthy and natural and it’s a comfort to my baby.”

I love a mom who stands up for what she believes in.