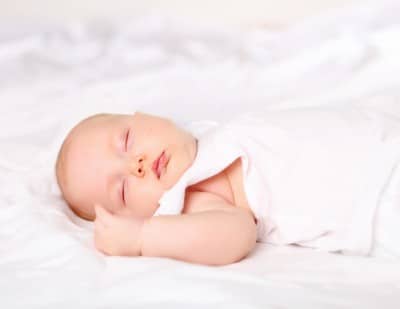 More babies with flat head syndrome have been reported, in part due to the SIDS guidelines that were introduced around 1992. Under those guidelines, parents were advised to place their babies on their backs to sleep.

The new study raises some alarm among medical professionals since it reveals that parents seem more concerned about flat head syndrome than about the dangers of SIDS.

In the study from George Institute in Sydney, these researchers learned that parents and grandparents were more worried about plagiocephaly because they believed it could permanently affect their child’s looks. Participants in the study held the belief that very few infants die of SIDS, and they were confused about the risk factors for Sudden Infant Death Syndrome.

Associate Professor Alexandra Martiniuk from the George Institute says that many of these people looked at risk factors such as smoking near an infant and concluded that if they weren’t smoking in their homes that their child was protected.

Medical professionals agree that SIDS is a real risk and guidelines should be followed. These professionals oppose the use of pillows or untested products meant to prevent flat head that go against the SIDS guidelines.

Parents in the study were using various methods to prevent the baby from developing flat head, including placing a rolled-up towel under the mattress, placing toys to the crib side, or using a hanging-style bassinette. The bassinette method is an idea that has been widely shared via the internet and through mother’s groups.

Angela Serong is a senior physiotherapist at Royal Children’s Hospital Melbourne who says there is a simple solution to preventing flat head. Parents need to have their newborn spend five minutes daily on their tummy to strengthen neck muscles. She also recommends alternating feeding sides as well as alternating the end of the cot the baby sleeps on. If flattening of the head is detected, parents should seek professional help from a pediatric physiotherapist.

There is still an urgent need to educate parents and to impress on them the critical importance of following SIDS guidelines.

Failing to do so puts every baby at unnecessary risk.