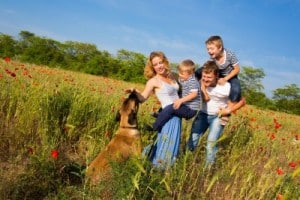 There are few subjects that can raise emotions (and defenses) quite like parenting. Maybe that’s because parenting is hard, exhausting and sometimes comes with very few extrinsic rewards. Or maybe it’s because we’re often doubtful of our own abilities when comparing accomplishments, milestones and behaviors with other parents we know and meet, as if there’s some sort of world’s best parent award. Whatever the reason, we parents are often quick to defend, and as equally quick to judge the parenting abilities of others.

It would be easy to say that it all started after Amy Chau, aka Tiger Mom, published her book “Battle Hymn of the Tiger Mother” back in 2011. But the reality is, the unannounced competition that we all seem to be competing in has been going full swing for quite some time. Tiger Mom and her “traditional,” “relentless pursuit of perfection” just added more fuel to the fire.

According to Amy Chau, her children didn’t have play dates, television or sleepovers. Grades below an A were unacceptable. Even simple drawings that her children made had to receive the child’s best effort at perfection. And, based on all Chau’s perception, her children became successful adults.

But what a lot of people may not know about the infamous Tiger Mom is that she also says she realized she did push her children a little too much in the beginning. And even though she still expects a lot and is still more rigid than most moms, she says she’s also learning to be a bit more flexible.

And it is that learning to be more flexible that many experts now believe is needed for Tiger parents…well, all parents, really.

So, if Tiger parenting is bad, then that must playful parenting good, right? Well, maybe. That’s what parenting expert and happiness researcher Shawn Achor says.

According to Achor, success follows happiness, and to obtain happiness, you first need to have the right perspective. He gave many examples in his TED talk, “The Happy Secret to Better Work,” and in his soon to be published book “The Happiness Advantage.”

In one example, Achor illustrated how perception of reality dictates what follows, and how the outcome of a situation hinges on the ability to see multiple, realistic opportunities. Take, for example, studies that have shown that SAT scores are better when there are fewer test takers in the room.

“When we perceive there are fewer competitors, we believe there is greater likelihood of success, which results in more engagement and concentration and improved performance,’ Achor said. “What we focus on becomes our reality.”

But gaining the right perspective isn’t always easy. We have to find the right angle, and we have to be optimistic. How do we do that when our brains (and often the world around us) automatically focus in on the negative, the shortcomings?

Achor says the trick isn’t about deluding ourselves into thinking there’s no negative, but actually putting it into perspective through encouragement. For example, when a child has a difficult goal to reach, a parent can make the goal seem more achievable and the bad habit easier to overcome by trying a different angle. NY Daily News gave the example of a parent who wants a child to watch television less and exercise more. The parent could hide the remote and dress the child in tennis shoes so they’re always prepared to run, they suggested.

Additionally, parents can make difficult tasks easier to complete. For example, rather than rewarding a child for getting good grades or completing a school project, parents can find a way to help their child enjoy the process to success rather than allowing success to determine happiness. For example, instead of rewarding a child for completing chores, chores can be made into a fun game.

But don’t worry if you can’t pull it off all the time, Achor says. It takes a ratio of five positive interactions to every negative one to achieve the optimal state of emotional health in which a child can flourish. And if you’re ever faced with a situation that you just don’t know how to handle, he says you can smile and have fun, which will, in turn, encourage your child to smile and enjoy him or herself.

“While it takes more cognitive processing to be happier, the more you do these positive habits, the more that you switch your default,” he said, adding that happiness is “the belief you can change.”